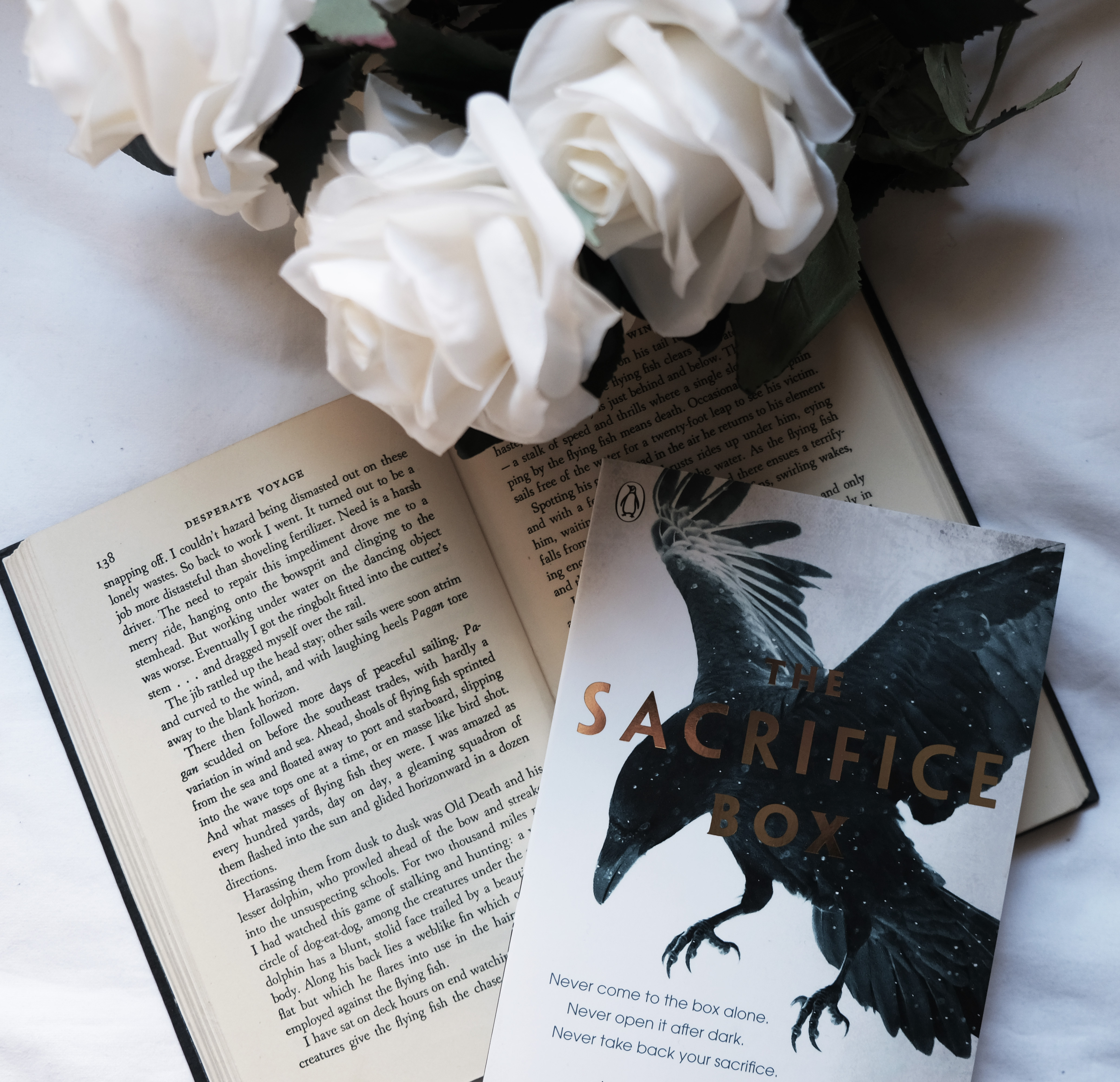 It is finally time for another (spoiler-free) book review! I don’t think I have done any book reviews this year because I have been so busy with exams that I have barely had time to read let alone write reviews, but exams are over forever now, so I am back with a book review of ‘The 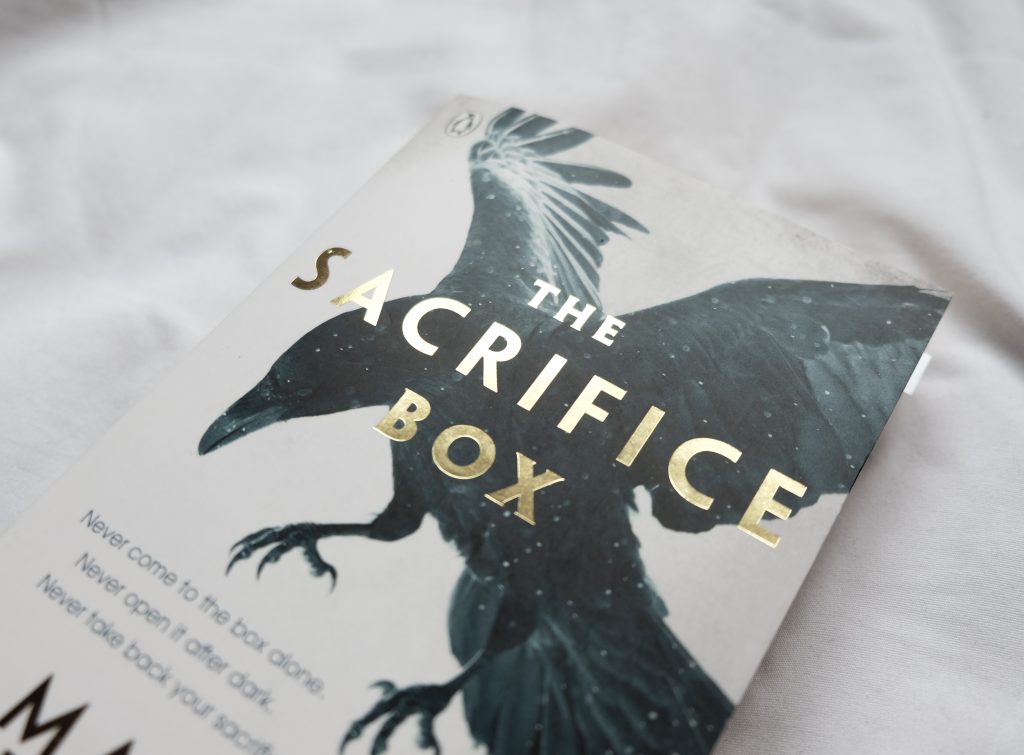 Sacrifice Box’ by Martin Stewart! Usually I review books that I really love because I just want to rave about them and I enjoy really dissecting books and picking apart all the things that made me love it, but this is a bit different. I did really enjoy ‘The Sacrifice Box’; however, it wasn’t perfect and I did have a fair few issues with it. Either way, it was a book that really got me thinking and I thought it would be an interesting one to review, so let’s just get into it!

Overall, I settled on a rating of 3.75/5 stars for ‘The Sacrifice Box’. I know this is a bit of an obscure rating, but allow me to explain. I gave it such a weird rating because I did really enjoy the book. It kept me in suspense the entire time, I really couldn’t put it down and there were lots of great elements to it; however, there were also a fair few things that I had a problem with, so whilst I would usually give it 4 stars simply for how much I enjoyed it, I felt I had to dock at least a little from that because I did have some issues with it.

The first thing that I had a really issue with was the names of the characters. All of the characters had obscure first names as it was, but then they also had different nicknames for each other, were called different things by other people and were called yet different names again by their teachers. This made it incredibly difficult for me to work out who the hell was being talked about at anyone time and I think it took me until about page 150 to solidify who the main characters were and what their names were. This isn’t a huge issue, but it did make it confusing to read at first and meant it took a while for me to connect with the characters seeing as I couldn’t actually figure out who was who until almost half way through.

The other main issue that I had with the book was the writing style. I don’t really know how to describe it other than it was very ‘male’. I call it this because it is a style that I have only ever come across when reading from male authors (not that all of them do it, but just a select few like James Dashner) and I personally hate this style of writing. The writing in itself is pretty standard, but the part that makes it what I call a ‘male’ writing style is first of all the weird nicknames, but also the fact that everything is sexualised in some way and there is a strange fascination with the appearance of teenagers. It is constantly stated that they have spotty faces or other such ‘teenage’ things and every interaction (especially between two male characters) has some reference to sex and it is totally unnecessary. It personally makes me quite uncomfortable and I don’t understand why we need to know such things because the story is not about that. This is a personal pet peeve of mine and it may not bother everyone, but it did really bother me for the majority of the book. 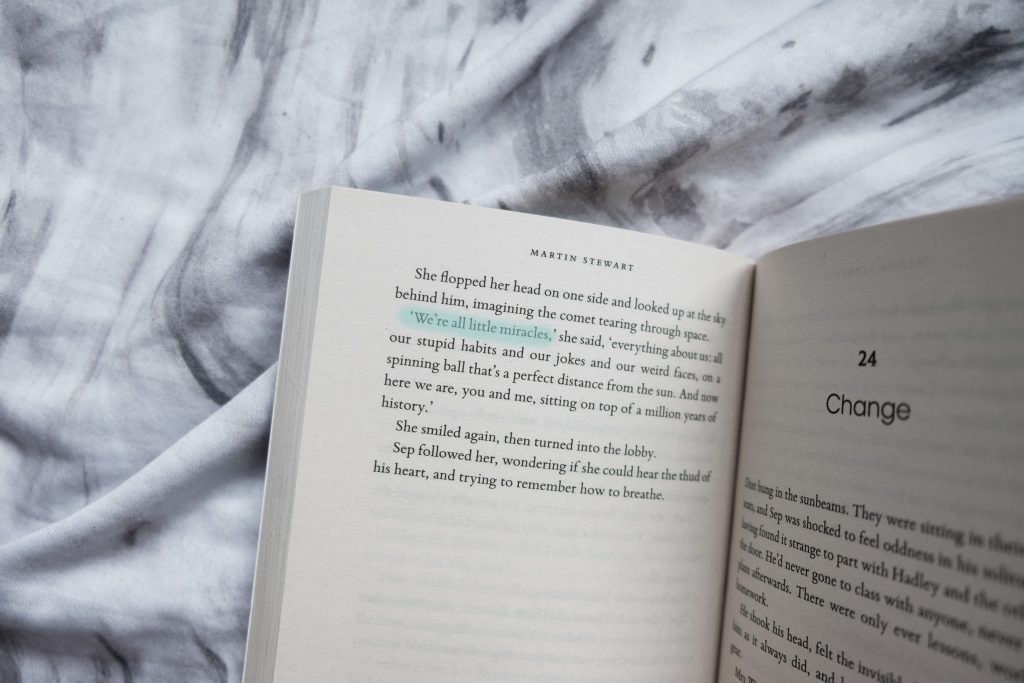 Let’s talk about something I did like: The plot! This book kept my attention and had me sitting on the edge of my seat the entire time. I am well-known for guessing how a book is going to end, but there was very little I managed to figure out. I love when a book is genuinely able to surprise me, because it doesn’t happen particularly often. I was waiting with bated breath the entire time I was reading and couldn’t put it down, which was also partly because of how unique this book was. I haven’t heard of any other books with a similar story to ‘The Sacrifice Box’, which also really helped capture and keep my attention because I had never read anything quite like it before.

I also loved the five main characters! It took me a while to connect with them because, as I said, I didn’t have any clue who was who until about page 150; however, once I had figured that out, I did really love them. I loved the group dynamic and how the book discussed how friendships change over time. I especially loved that it talked about how friendships can be different in different locations. Just because you are friends with someone one summer, doesn’t mean you will stay friends when you return to reality and I found that very relatable. One huge thing that stuck out to me was that 3 of the main characters were male and they ALL showed a very human range of emotions. This may confuse some of you, but a lot of books don’t actually show the male characters showing any real emotion and we don’t often see them cry either, but we saw all the emotions from 3 very different boys and I LOVED seeing that. The girls emotions were also very realistic and showed that we also have emotions, but can be just as resilient as boys. I was glad to see this because I have read books in the past that either portray girls has being so badass they don’t have emotion or as pathetic little girls who have a breakdown over everything, but that wasn’t the case and I am so glad to see it. It was the excellent and realistic way that Martin Stewart portrayed emotion in his characters that made me give the book a higher rating that I perhaps would have. I decided to look past the weird nicknames and writing style a little because the characters were so phenomenal.

The way the characters interacted with each other was also very realistic was also very realistic and exactly what you would expect of 5 teenagers. I loved most of the relationships; however, there was one that was, in my opinion, completely unnecessary and down right weird, which was the relationship between the main characters mum and a teacher at his school. I think this comes back to the ‘male’ writing style again because weird parental relationships is something else common when I read books in this style, but it is something that I hate. It absolutely wasn’t necessary to further the plot and was instead a weird sub plot that only served to weird me out. The book would have lost nothing if it has been left out and I really wish it had been. 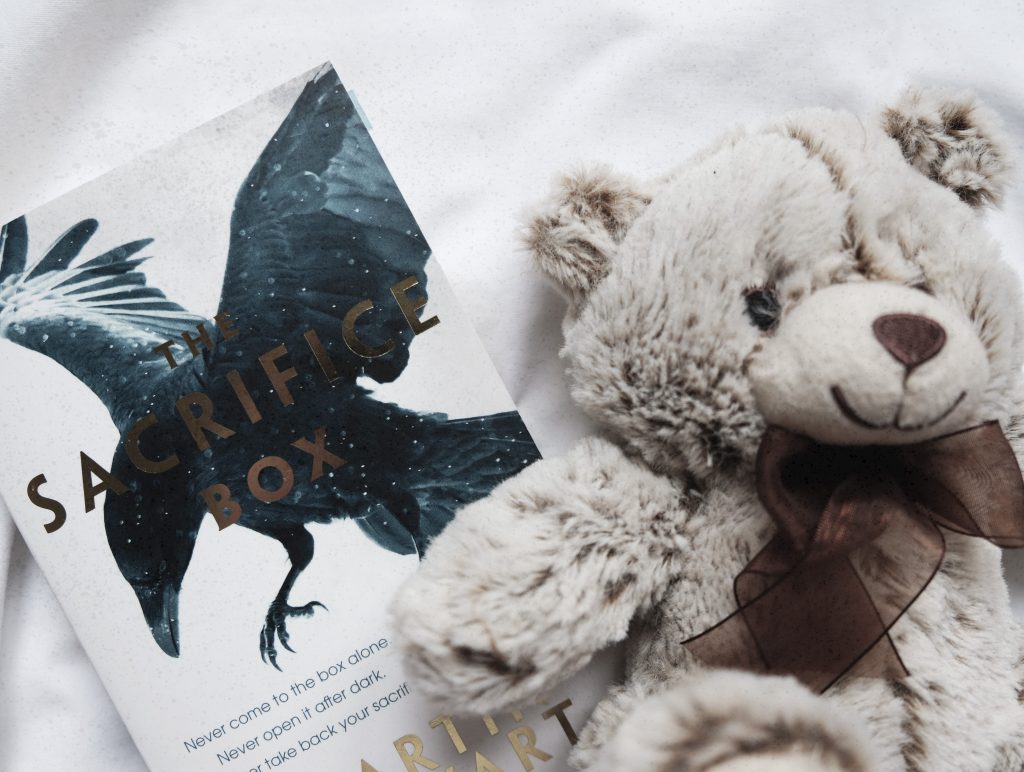 The final thing I wanted to touch on was the main characters inner monologue and just how relatable I found it. I won’t spoil anything, but the gist of it is that the book takes place on a small island and Sep (the main character) wants nothing more than to escape the island and achieve his dreams on the mainland. We see him battling his guilt about this throughout the entire book and how bad he feels about leaving his mother, his friends and everyone who has helped him and I personally related to that a lot. I have a lot of hopes and dreams for the future, but I am a very solitary person, so many of them don’t involve some of the people I love the most and I often feel guilty about that, so I loved that this was included.

Overall, I did really enjoy this book because the plot was so unique and full of suspense up until the last chapter, the characters were amazingly written and many of them were relatable to me; however, I did have a few problems with the writing style and few unnecessary sub-plots.

That concludes this book review for ‘The Sacrifice Box’ by Martin Stewart! I hope you enjoyed reading it and I do really recommend this book if you’re perhaps looking for something to ease you back into fantasy slowly as it is set in the real world, but with a few magical elements. It would also be could for anyone who likes suspense and magical mysteries! Have you read The Sacrifice Box? Do you think you will now? I’d love to know, so leave a comment down below or come and chat to me over on my Instagram (@theoriginalbookdragon)!

[…] to hear my more in depth (but still spoiler-free) thoughts, then you can read that review here: https://books.samanthadrage.co.uk/2019/06/25/book-review-the-sacrifice-box-by-martin-stewart/ . Overall I gave ‘The Sacrifice Box’ 3.75/5 stars because I did have a few issues with […] 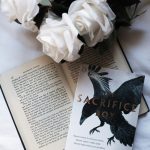