The fact that we are oficially over half way through the year now is tripping me out and I’m not sure I’m ready to except it, but regardless of my denial it is the start of a new month, so I owe you a TBR for this month. If you read my June Wrap-Up then you’ll know that June didn’t exactly go to plan on the reading front, but I’m going to try and pick up some of the slack and read at least a few books from my original TBR, so that I’m still sort of sticking to the plan. I’m also aware that the N.E.W.Ts readathon is coming up in August, which I think I will still participate in, regardless of the recent drama. The N.E.W.Ts are obviously a pretty big readathon and I don’t know what the prompts are going to be yet, but I do know that there are some books I want to get read before that takes over my life, so they’re the ones I’m going to be focusing on in July.

The Black Veins by Ashia Monet

My friend Charlie was screaming about ‘The Black Veins’ on Twitter and I trust his judgement, so ordered it online and intend to read it asap. I’m also planning on doing a review for it! It sounds like it is going to be a super interesting read because the world doesn’t sound like anything I’ve read before, I’ve been told it has a super diverse cast and that one of the themes is found family, which is one of my favourites! It also sounds very magical and we all know how I feel about anything magical! I also just wanted to take a moment to appreciate the cover because OMG it is Gorgeous!!! I love the neon lights so much! I have high expectations for this book, but I have feeling it will live up to them.

Tunnel of Bones by Victoria Schwab

‘Tunnel of Bones’ was one I was going to read during the Hogsmeade readathon that of course didn’t happen, but I do still want to read it because as much as ‘City of Ghosts’ scared the crap out of me and left me sleeping with a lamp on for a month, it was also fantastic and I NEED to know what happens next! I expect this one to spook me just as much, so I will be reading it in the blazing sunshine with other people around and not at midnight in my dark room.

A Court of Thorns and Roses by Sarah.J.Mass 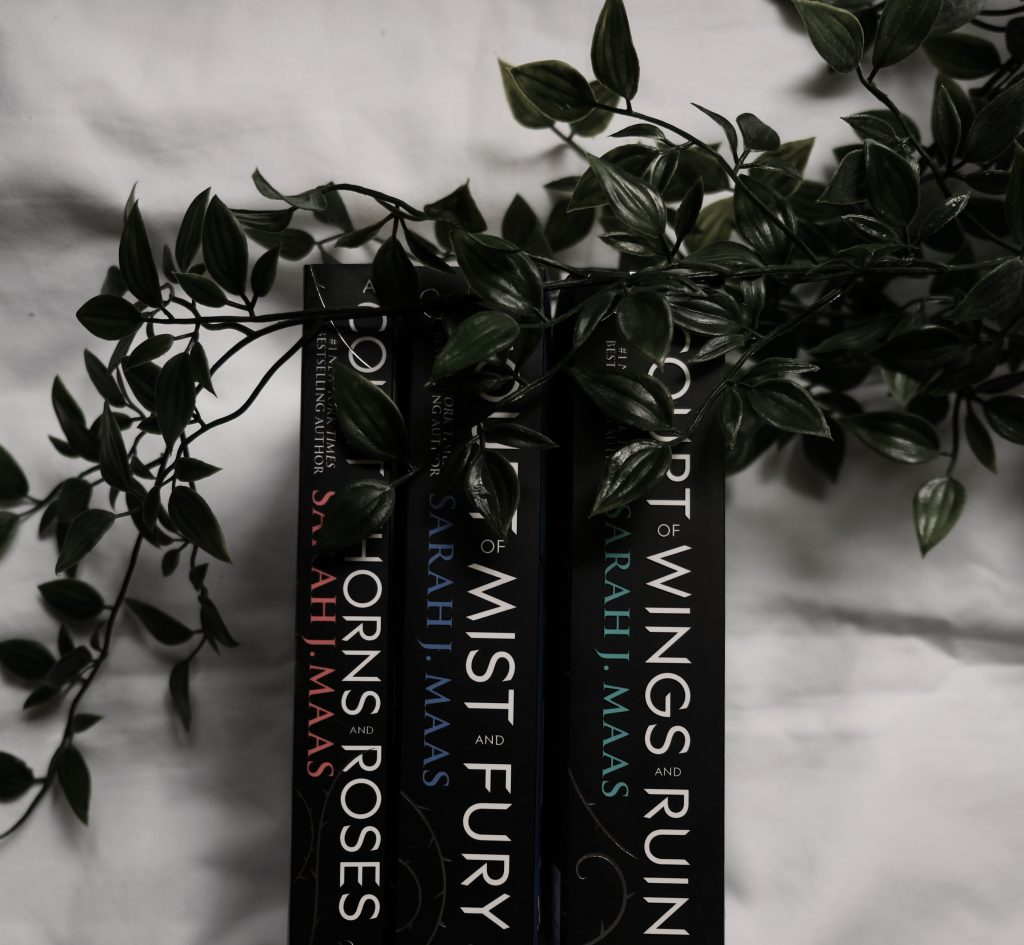 I was also intending to start reading the ACOTAR Trilogy during the readathon for the trilogy prompt because it is one of, if not the only trilogy I have that I haven’t read before. It was also going to be a kind of kill two birds with one stone deal since I really wanted to finally read some Sarah.J.Maas this year since I’ve owned her books for almost 5 years now and have never read them. I know they’re very controversial and am therefore very interested to see what I think of them because the world and the story sounds right up my street. I still want to get some of Sarah.J.Maas’s books read this year, so I’m going to try and at least start the trilogy in July and might even finish it depending on how much work I’ve got to do.

Calm the F**k Down by Sarah Knight

If you read my June Wrap-Up, then you’ll know I read ‘F**k No’ by Sarah Knight as a sort of filler book before I started the readathon and I had intended to read ‘Calm the F**k Down’ in the same week, but then everything kicked off and it didn’t end up happening. I do want to try and get it read this month though, so fingers crossed.

If you include all 3 books from the ACOTAR trilogy, then that brings my reading goal for this month up to 6 books, which is fairly ambitious for me this month since July has always been a super hectic month for me because I have no less than 4 birthdays, the end of term and summer projects as well as everything else. I really want to try and dedicate a good amount of time to reading this month though since I barely read at all in June and reading is something that makes me really happy, which is something I need when I’ve got so much going on.

What are you planning on reading in July? Also what is your busiest month of the year? July, December and January are always the most hectic for me!