If you follow me on Instagram, then you probably know that I’ve been a bit obsessed with playing Harry Potter: Hogwarts Mystery at the moment, which has put me in a Harry Potter mood. I thought doing the Harry Potter Spells tag would be very appropriate for today’s post. There are 10 spells, which means there are 10 questions to answer that are attached to those spells. I’m so excited to do this tag because I love Harry Potter so much, so let’s just get into it!

The obvious answer here would, of course be the Harry Potter series, but that would be a bit obvious, so I have decided to go for a different series instead, which is The Mallory Towers series by Enid Blyton. Enid Blyton is a bit of an older author that some of you may not have heard of, but she wrote the fairly famous famous five series, which was my mums favourite series when she was a child. She then read all of her books to my sister and I when we were little and I carried on and read some of her more recent books. The Mallory Towers series is based around 2 twins who go to a boarding school called Mallory Towers and the whole series basically just follows their adventures at the school. I loved school when I was a kid and always wanted to go to Boarding school (although I don’t think I actually would have liked it in reality), so you can imagine how much little me loved them because I could pretend I was there with them.

Expelliarmus – A book that took you by surprise 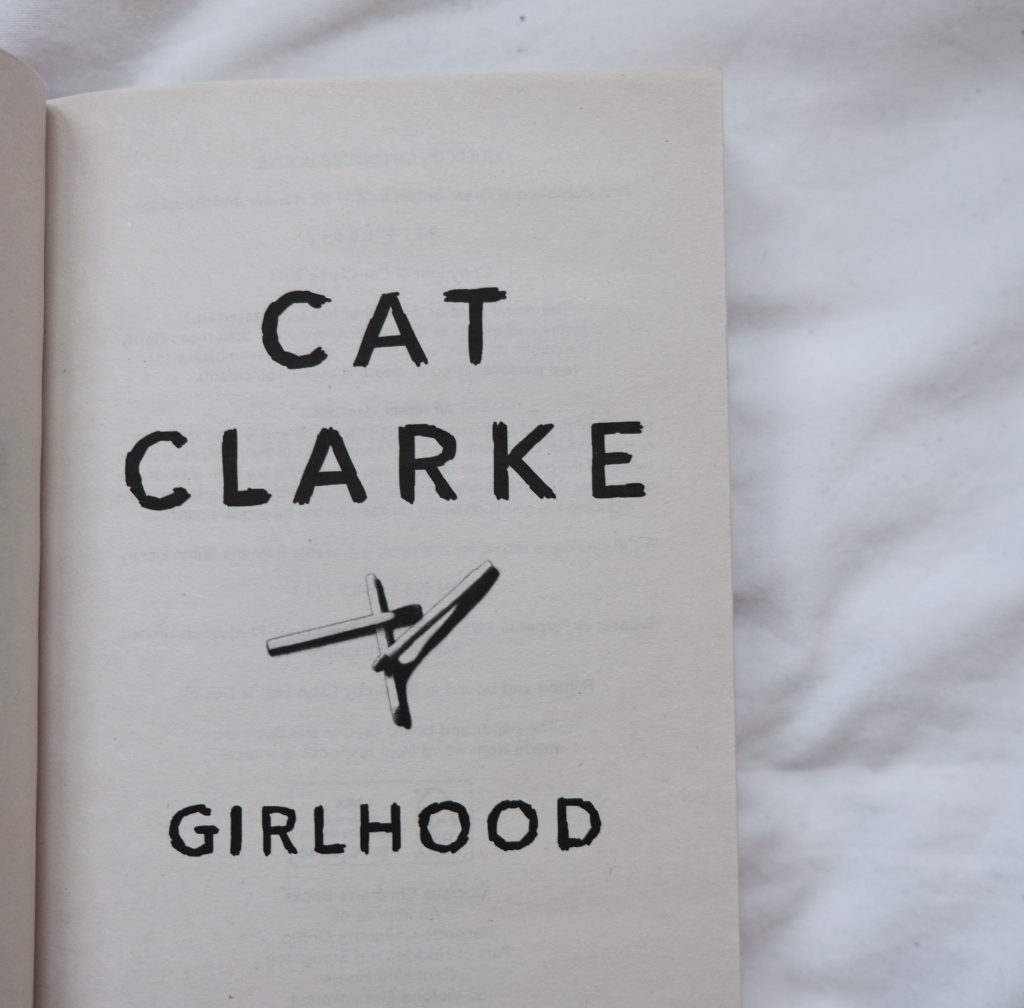 On a similar vein to the last answer, my choice for ‘a book that took you by surprise’ is ‘Girlhood by Cat Clark’. They may not sound that similar, but it is also a book about a girl who goes to boarding school and gets up to a lot of different things. The difference between the two though is that ‘Girlhood’ is aimed at a much older audience because there are a lot of heavier topics, so I will put a heavy trigger warning on this book for eating disorders, suicide and loss. The reason I chose this book for this question though is because it wasn’t anything like I thought it was going to be. I expected it to have similar vibes to a lot of the Holly Bourne/Rainbow Rowell books I’ve read, but it didn’t at all and had much more Enid Blyton vibes. It took me by surprise, but I liked it all the same.

Prior Incantato – The last book you read 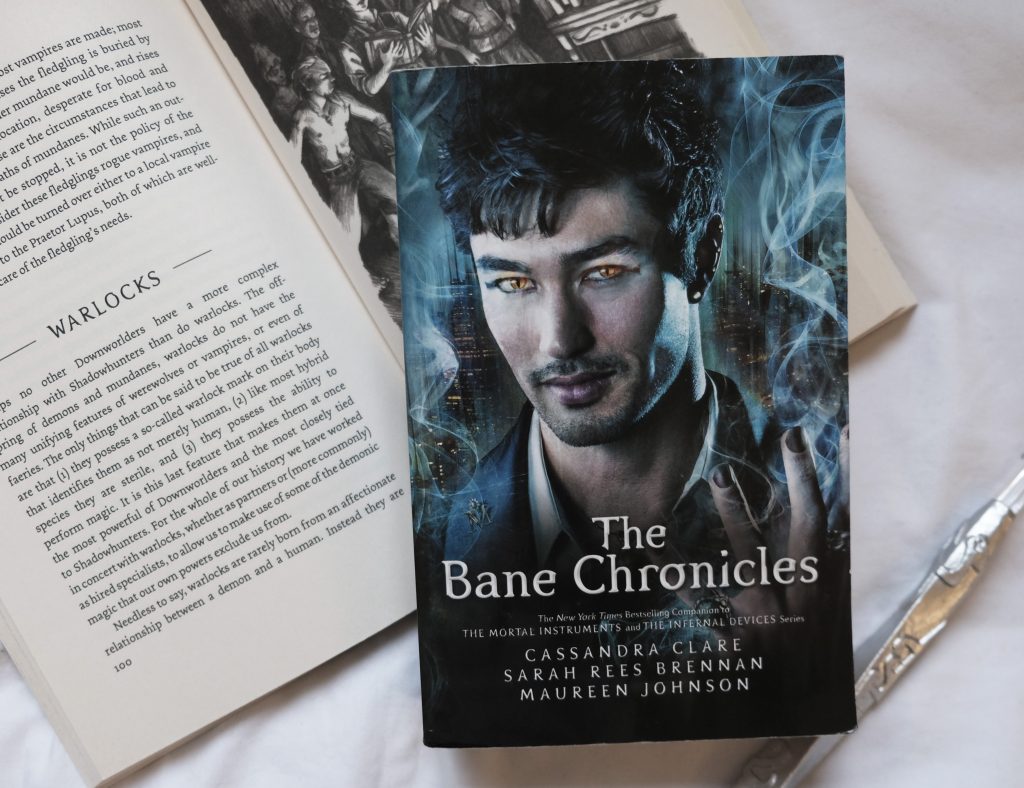 Now this would usually be a very easy question, but I write a lot of my blog posts a few weeks in advance, so i never fall behind, so as I am writing this (Saturday 9th February), the last books I finished was my re-read of ‘The Bane Chronicles‘. I am going to be moving onto City of Fallen Angels next, which I hope I would have finished in the next 2 weeks, so as it stands, my answer is ‘The Bane Chronicles’, but this will likely be out of date soon. 😂

I’ve talked about this a few times, but last year I read ‘The Periodic Table of Feminism’, which completely changed by opinion on Non-Fiction. Before that point I hated non-fiction because I only associated it with school and that didn’t make me feel good, but once I found some books on topics that I was truly intersted in (feminisim, politics, mythology and self-help books are my favourites) my opinion changed and now I love non-fiction. 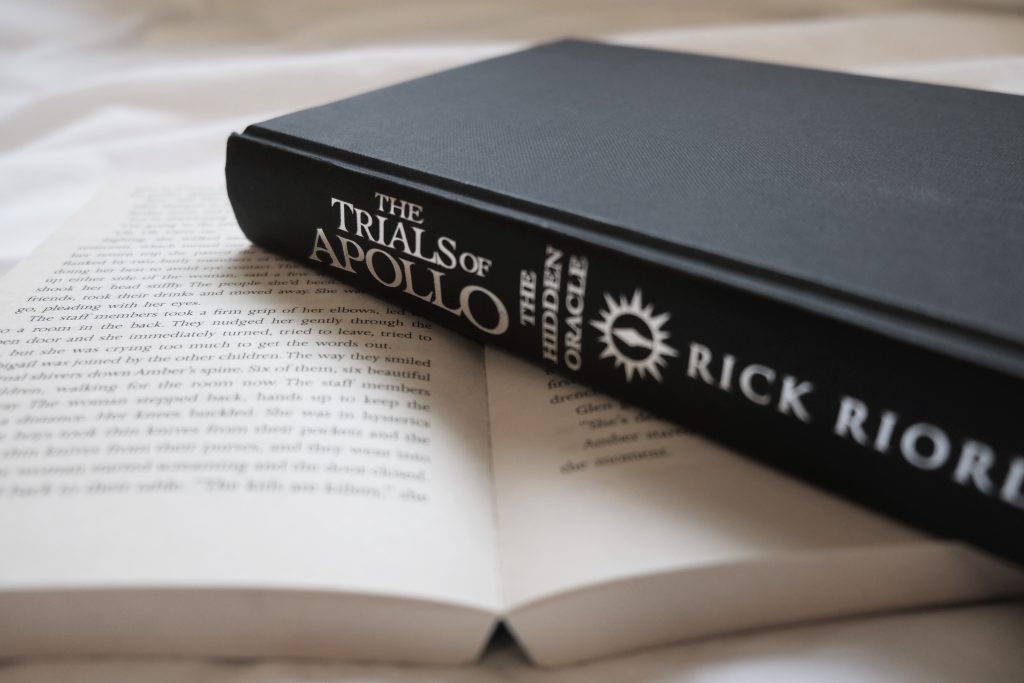 There are quite a few books that I could choose, but I think I’m going to go for the Trials of Apollo series by Rick Riordan. I don’t talk about Rick Riordan’s books that much, but I love them and I have since I was a child and the hilarity of all of his books is definitely one of the reasons why. Rick is the master of puns and mythology and no-one will ever best him.

Sonorus – A book you think everyone should know about 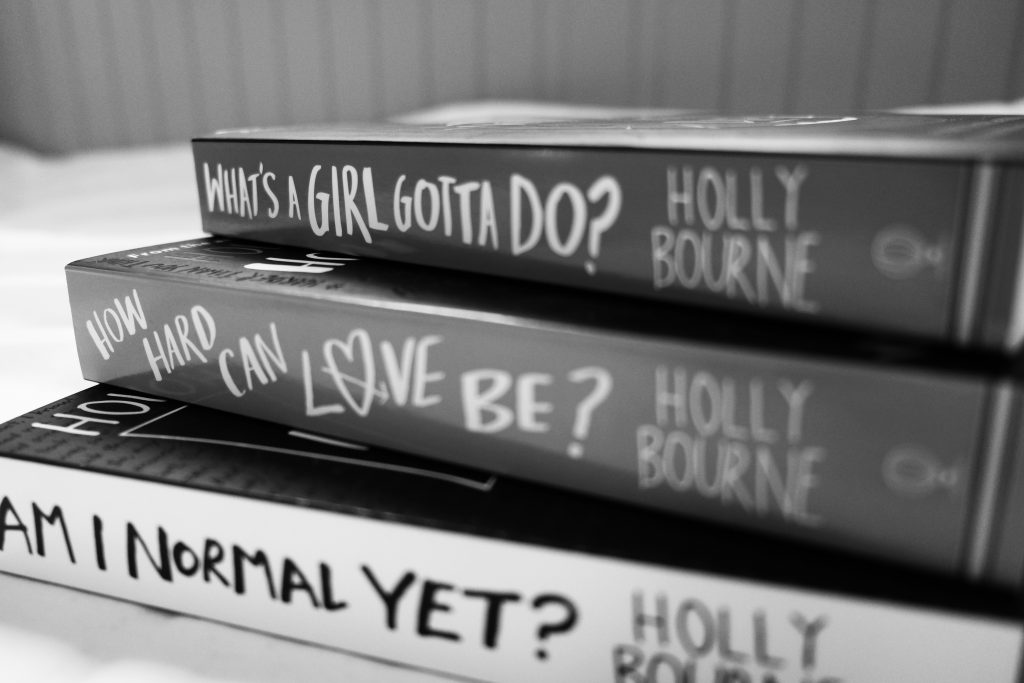 I could go for the obvious answer here and choose one of Cassandra Clare’s or Leigh Bardugo’s books, but I wanted to go for something a bit different this time, so I have chosen the ‘Normal’ series by Holly Bourne. It is a trilogy of books and each one follows a different girl from their friendship trio. I think these books are super important and every should know about them because of all the important topics it covers. The first covers mental illness to an extreme and how it effects the sufferer and those around them, the covers feminism and the struggle and the extra fight that girls have to put up with to get where we want to be and the final one talks about love, both the romantic and the familial kind. All three of these books cover such important topics and Holly Bourne does it in such a careful and real way and I think everyone would benefit from reading them.

This was more of a difficult question for me to answer because I pride myself on being very good at avoiding spoilers, so I don’t ever remember being spoiled for a book. I also love most of the books I have read and don’t really have a reason to forget any of them; however, I think I would like to be able to forget the plot of the Harry Potter series. The reason for this is that while my mum read the books to me when I was younger, the first memories I really have of the series are watching the films, which meant that when I actually read them myself for the first time, nothing was as much of a surprise as I’d have liked it to be. I think it would be amazing to go back and get to read the whole series with no knowledge of it, especially because Harry Potter is pretty common knowledge, so i would like to read them with a completely blank slate.

Imperio – A book you had to read for school

I’m only 16 and I live in the UK where we don’t really have ‘required reading’ like I know a lot of people in other parts of the world do. There are some texts we have to read to pass our exams, but we do that within class time and not outside of school. In the last year though, I have taken to schooling myself at home, which means I have had to read some books by myself and the one I’ve chosen for this question is ‘A Christmas Carol’ by Charles Dickens. The only other ‘books’ I’ve had to read at home are Macbeth, which is a play by Shakespeare and ‘Blood Brothers’, which is a play from the 60’s. Those are both the plays though and I hated both of them, so I thought I’d go for the books that I don’t despise.

Crucio – A book that was painful to read 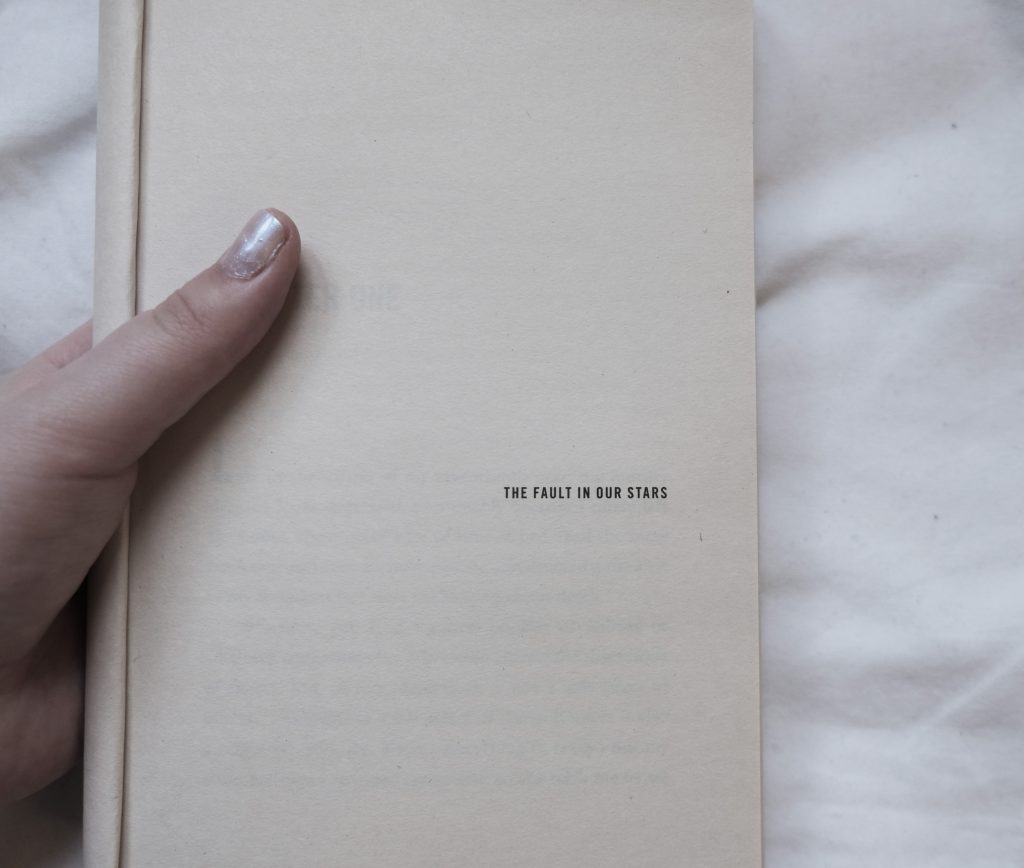 There were several books that I was considering for this question, but I think it would be disingenuous of me to answer with anything other than ‘the fault in our stars’ by John Green. I first read this book in the middle of it’s hype and I loved it just as much as everyone else, but it was also the first book that ever made me cry and when I mean cry and actually mean sob because this book DESTROYED me! I was up until 1am finishing this book sobbing constantly for the last 100 pages of the read. I didn’t go to school the next day because the ending destroyed me so much that I just sobbed and hugged the book for the rest of the night.

Avada Kedavra – A book that could kill (interpret as you will) 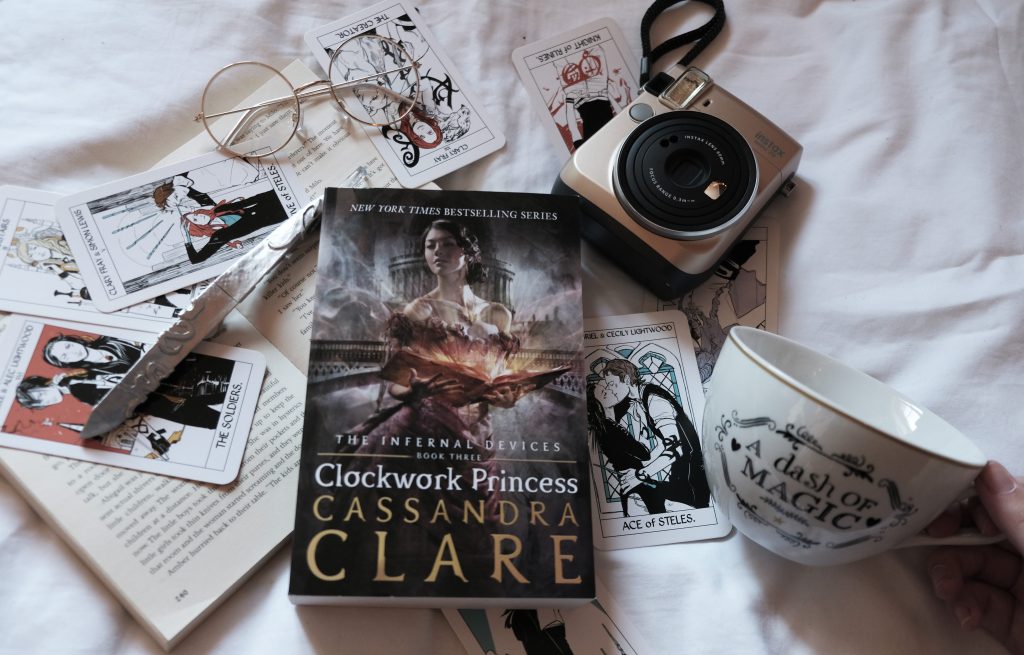 I thought for a long time about what book I wanted to go for for this question and how I wanted to interpret this question, but when it came down to it, my mind kept going back to the same book and that is ‘Clockwork Princess’ by Cassandra Clare. I think you all know how much I adore this trilogy and especially the final book, but I honestly felt like I was going to die when I read that damn epilogue. I cried for so long and felt numb for days afterwards because that book impacted me in a way that no other ever has, so i think it fits the bill just fine.

That was the Harry Potter Spells Tag! I hope you all enjoyed it because I know I had a lot of fun writing it. I loved the Harry Potter vibes I got from it and I also loved the questions. It is one of the more original book tags that I’ve ever done, so I had a lot of fun with this. I tag anyone who wants to do this tag to do it and I hope you enjoy it as much as I did! If you want to tell me your answers then you can leave them down below or come and chat to me over on Instagram (@theoriginalbookdragon)! 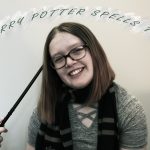