Welcome to another Favourites Friday! I want to start doing these regularly, so for now I am going to commit to one per month and I will see how that works out. Today’s favourite Friday topic is fictional couples, which I am incredibly excited to share with you because I love every opportunity I get to talk about my OTP’s. As per usual, this list is not in any particular order because I honestly don’t think I could rank anything when it comes to books. So let’s not waste anymore time and just get into it. Most fangirls/boys have more than one OTP and can’t pick between them, but I think Malec is as close as I am ever going to get to choosing and actual OTP. Everything about them is perfect and they are so perfect for each other. Their individual characters are amazing as well and I just love them so much.

(art by mariemarion on tumblr)

My second favourite fictional couple is Will and Tessa/Jem and Tessa from The Infernal Devices my Cassandra Clare. No I will not choose between them and you can’t make me. They are both just so perfect and I am squealing while I write this because I love them so much. The 3 of them together is also just so perfect and they deserve the world. 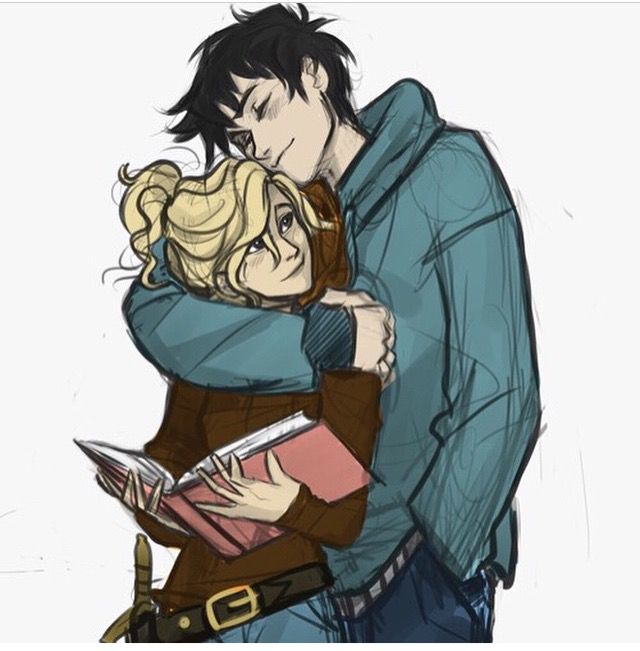 I am pretty sure that anyone who has ever read the Percy Jackson books is a big time Percabeth shipper (Percy and Annabeth). They were my original OTP and nothing will ever outshine them on that front. They are so adorable together, they have cute nicknames and they love each other so much. They literally went to hell and back and lived to tell the tale, so if that is not proof that they should be together then I don’t know what is. 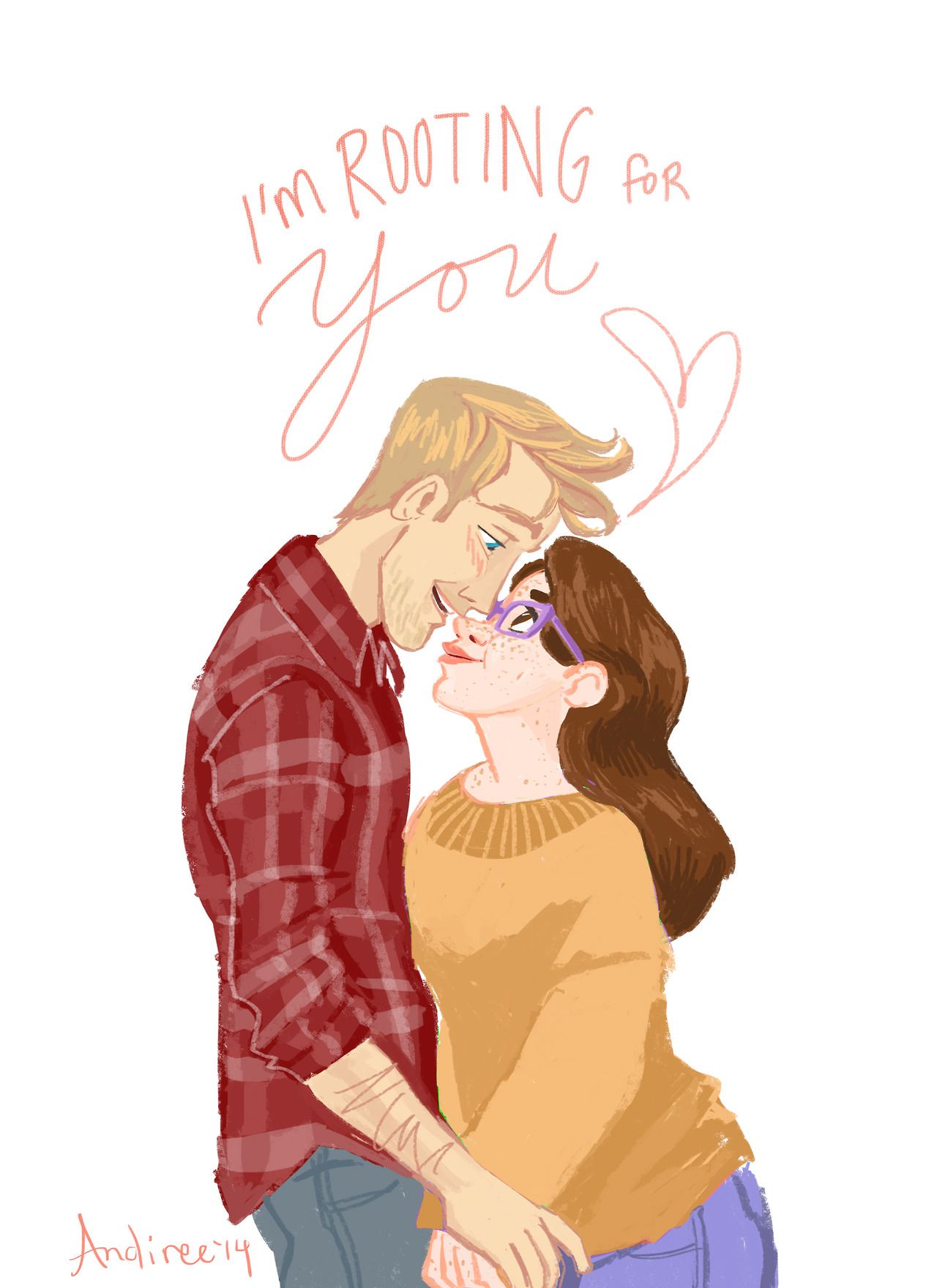 I re-read ‘Fangirl’ by Rainbow Rowell last month and it reminded me just how much I love Cath and Levi together. Cath and Levi are such a realistic couple and I can really imagine that kind of relationship happening in real life. I also really relate to all of Cath’s anxieties and struggles, which probably adds to my love for them.

(art found on Rainbow Rowell’s tumblr. I don’t know the artist, but it is signed at the bottom)

Anyone who has been reading my blog for the last few months knows that I have fallen in love with everything Leigh Bardugo, so I have included no less than 4 ships from her books and I am not at all ashamed of it. I will start with Kaz and Inej though. Both of their characters have been through so so much and they are still standing strong. I can’t really say too much about them because it would get a bit spoilery, but let’s just say that they deserved so much better than what they got. Wylan and Jesper and the most adorable ship since Malec became a thing. I honestly had to sit and think for a good half an hour to decide whether they would beat Malec. I decided I was being ridiculous in the end because Malec is the best without a doubt, but the fact that I considered it just proves my love for Wylan and Jesper. They are adorable, I love how Jesper teases Wylan and I just love them so much! Yes this is really the 3rd couple from Six of Crows. I really love that book if you can’t tell, but this is another one that I can’t say too much about without spoiling things, but just like Kaz and Inej, they deserved so much better. They had to overcome so many boundaries to be together and it took a long time to get to where they were. They are such a funny pairing as well because they couldn’t be more different. Nina is a Grisha and Matthias is a Grisha-hunter, Nina is provocative and confident, but Matthias is very proper and old-fashioned and all of these opposites lead to some very hilarious conversations. I adore them and I wish it had ended better.

We are on the last Leigh Bardugo ship, but this one is from ‘The Grisha Trilogy’ and that is of course Mal and Alina. They grew up together and fought so hard to stay together throughout the duration of the trilogy and eventually it paid off.

I’m sure everyone knows who Simon and Blue are at this point because of the film, but they are honestly just so adorable. Especially if you have read Leah on the Offbeat, because it only gets better. That promposal honestly killed me and then brought me back to life it was so damn good.

I am sure most of you probably haven’t heard of Caius and Echo, but they are from ‘the girl at midnight’ trilogy by Melissa Grey and they were some of the first characters I fell in love with. there are several other ships from this series that I love as well, but Caius and Echo will always be my favourite. They go from Enemies to Lovers and I am such a sucker for that trope; I honestly don’t think I will ever get tired of it.

There you have it! Those are my 10 favourite fictional couples. Some of them are more well-known than others and I am aware that there were an awful lot from Leigh Bardugo’s books, but I honestly do just love them that much and I am taking every opportunity I get to tell people how much I love them (p.s. please read them if you haven’t already). What are your favourite fictional couples?