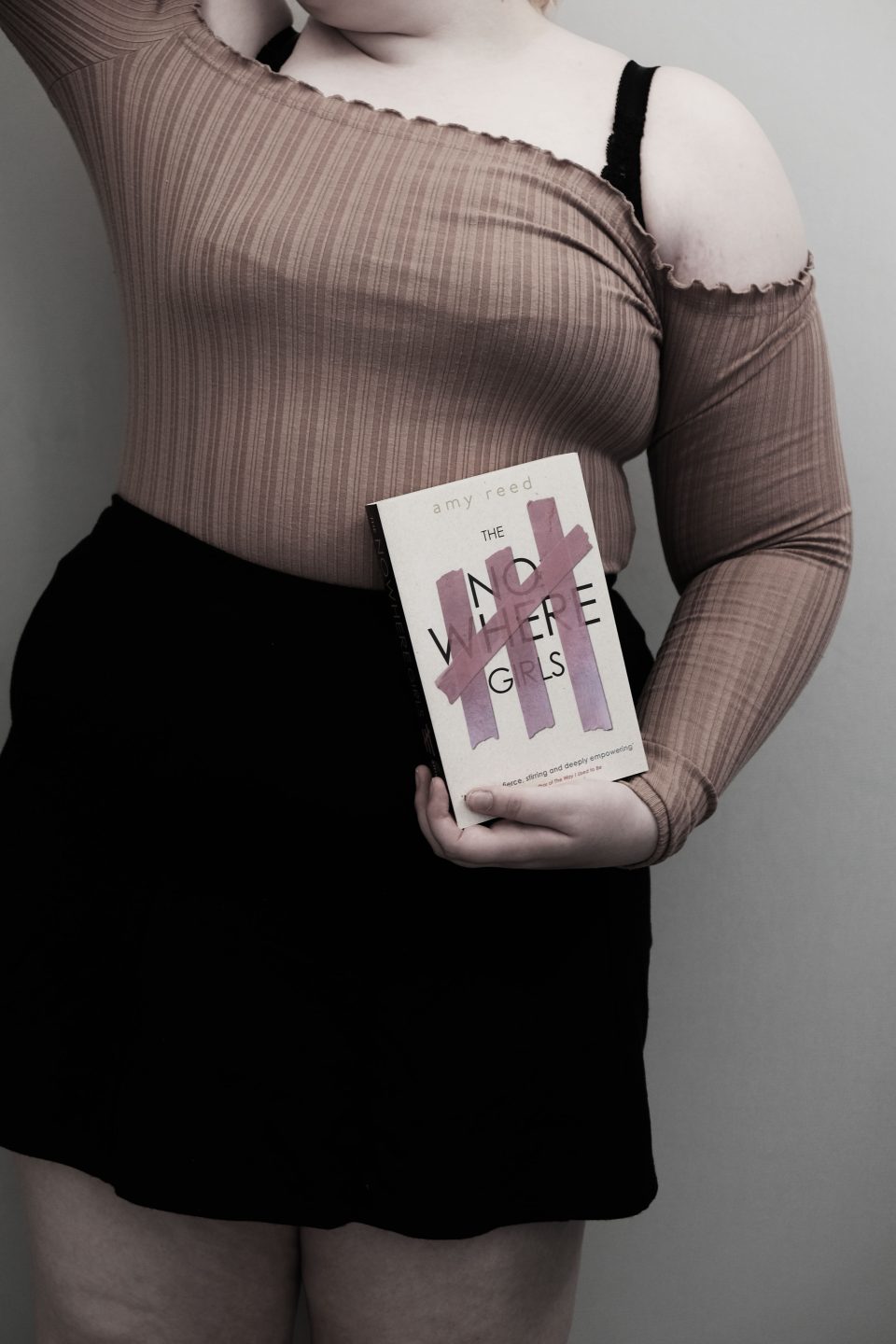 Today I’m going to be jumping right on the #booksasoutfits trend going around! Usually I’m about 3 years to late to everything cool going on because I live in my own little world most of the time and am perfectly happy with that, but since I’ve been stuck inside more than ever now, I’ve had some more time and have found myself being a bit more in touch with what is going on outside my little bubble. Which is somewhat ironic.

Regardless of that though, I loved this idea because I love books (obviously) and I have a long standing passion for fashion. I wanted to be a fashion designer for years when I was younger and even got a sewing machine for my 10th birthday, which was a treasured possession for many years. I no longer want to be a fashion designer, but I do still love clothes, fashion and have rather and extensive wardrobe!

The premise of this challenge is simple – pick some books and make an outfit that matches the book cover. The outfit doesn’t have to have anything to do with what the book is about; it’s more about the general aesthetic and *vibe* of the cover. I was super hyped to try this challenge and combine two of my favourite things! The only thing I was concerned about was that my wardrobe is 95% black, white and grey, so I was limited on which book covers I could pick. I have a handful of pastel t-shirts, but that is pretty much it, so for this challenge I chose predominantly monochrome book covers and might have to beg some clothes off my very colourful sister if I do this challenge again!

The Nowhere Girls by Amy Reed 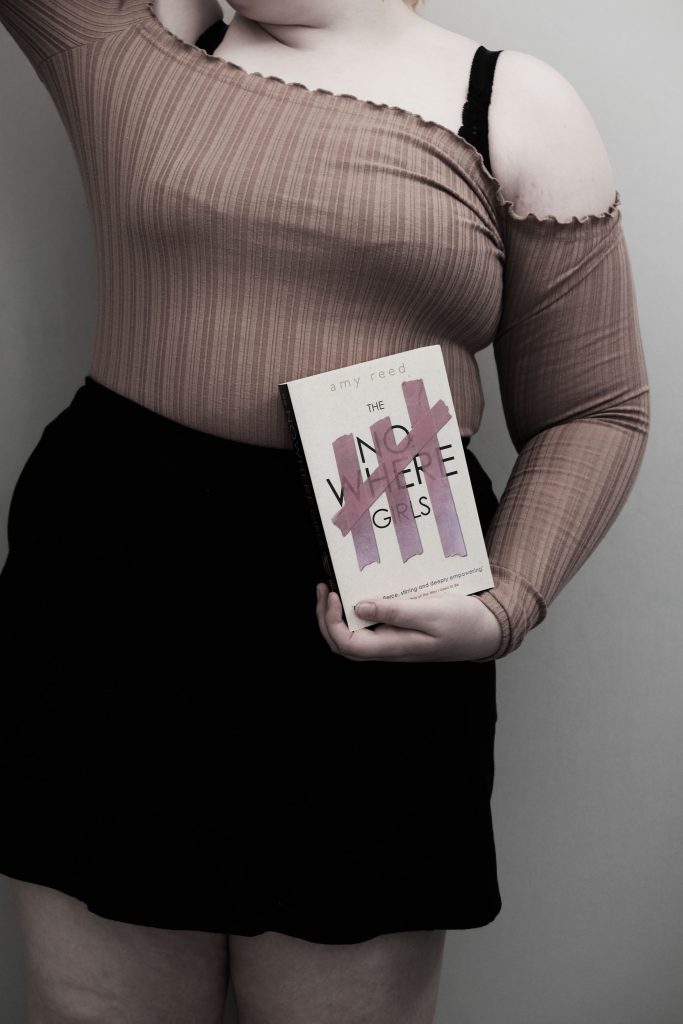 My favourite thing about this photo is the pose. It took me a few shots to sort of ‘break in’ my creative ideas as it always does when I’m doing a photoshoot, but I got there in the end and I love how this one turned out. I have also used 1 of my few coloured articles of clothing already, which meant I had to scrap a few other books I wanted to do that I would have needed that top for!

Love Her Wild by Atticus 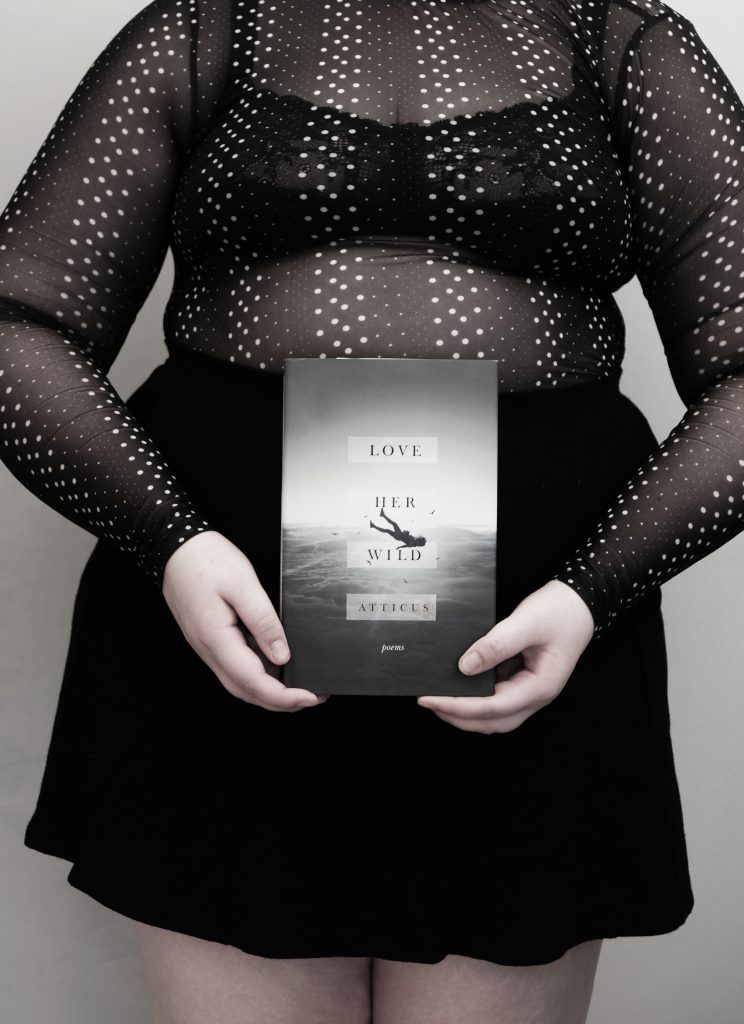 I LOVE this top! This sheer top is one of my favourite items of clothing I own and I love wearing it both because it makes me feel cool and it scandalises a few old people every time, which I find somewhat amusing!

The Secret History by Donna Tart 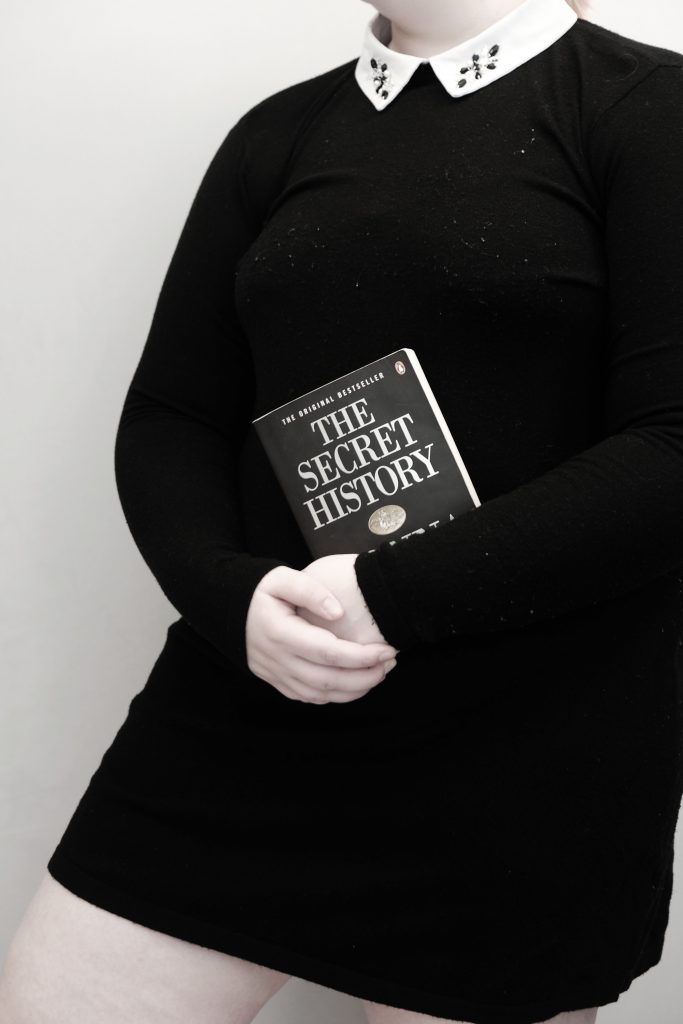 This dress is another favourite of mine in my wardrobe and I felt it fit with the dark academia vibes of The Secret History. I was originally going to use my black and white blouse with a peter pan collar and some trousers, but unfortunately that blouse is in the wash, so I used the next best thing. 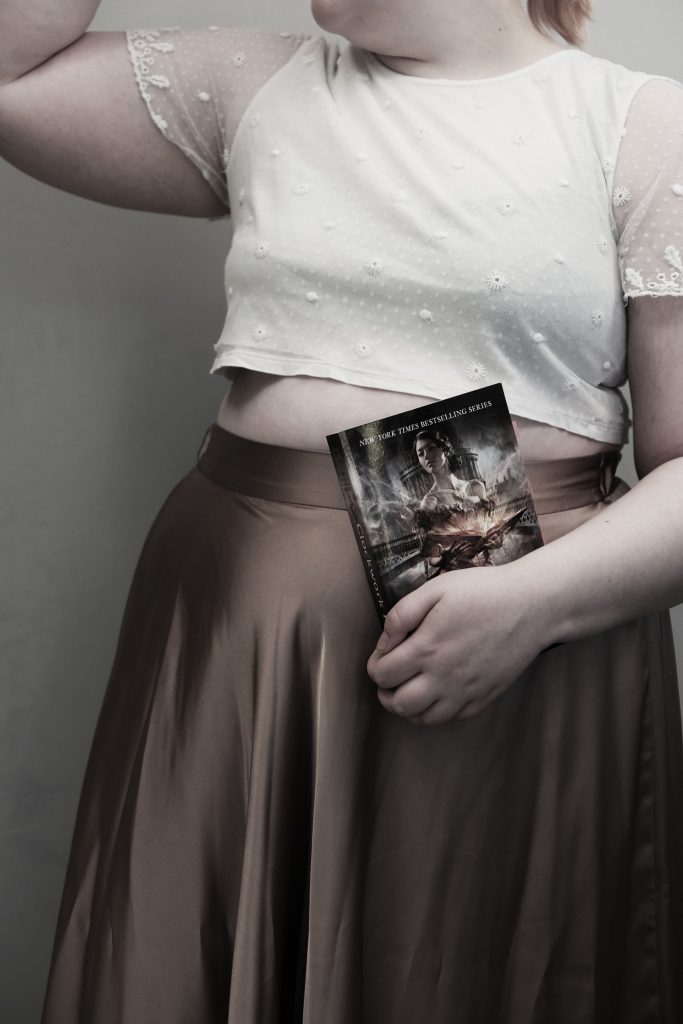 I used a second coloured article of clothing in this photo (both of which are a similar pink colour, so clearly I have a style), but I had to use it because it was perfect to use of Clockwork Princess. The cover is pinky and it matches the 1800’s setting a bit more than jeans. This skirt was such an amazing find and I love it to bits even though the silk isn’t exactly the most practical for every day use. 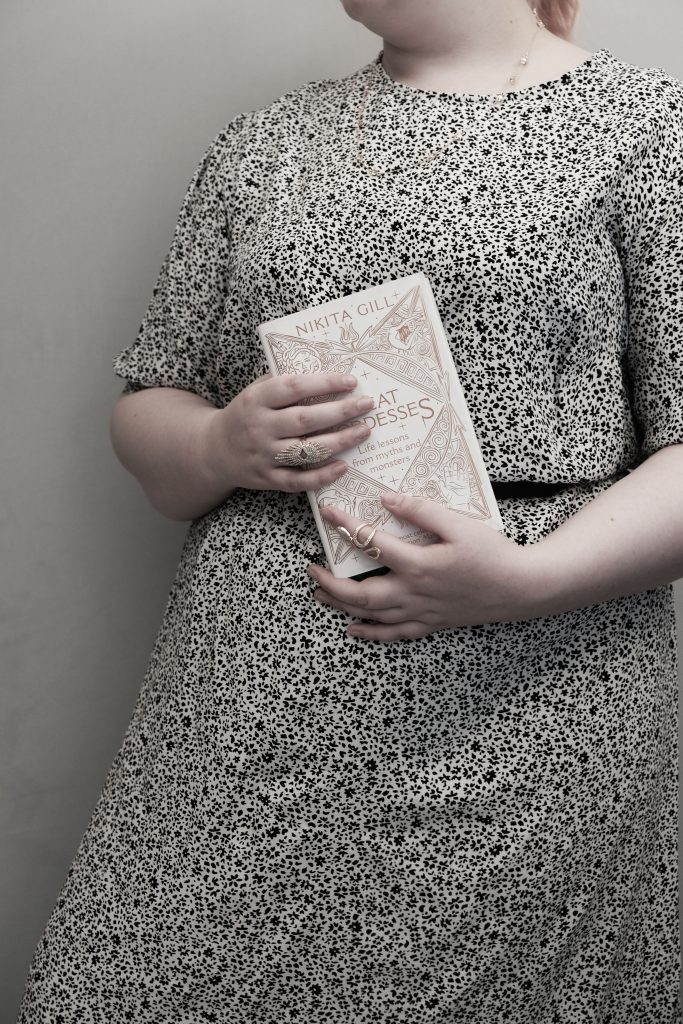 I got this dress recently and thought it would be good to use (mostly because I just wanted an excuse to wear it!), but it is also one of the few things I own that is white with black details, rather than the other way around. I needed something white to match the cover and I added some rose-gold accessories to match the cover details as well. 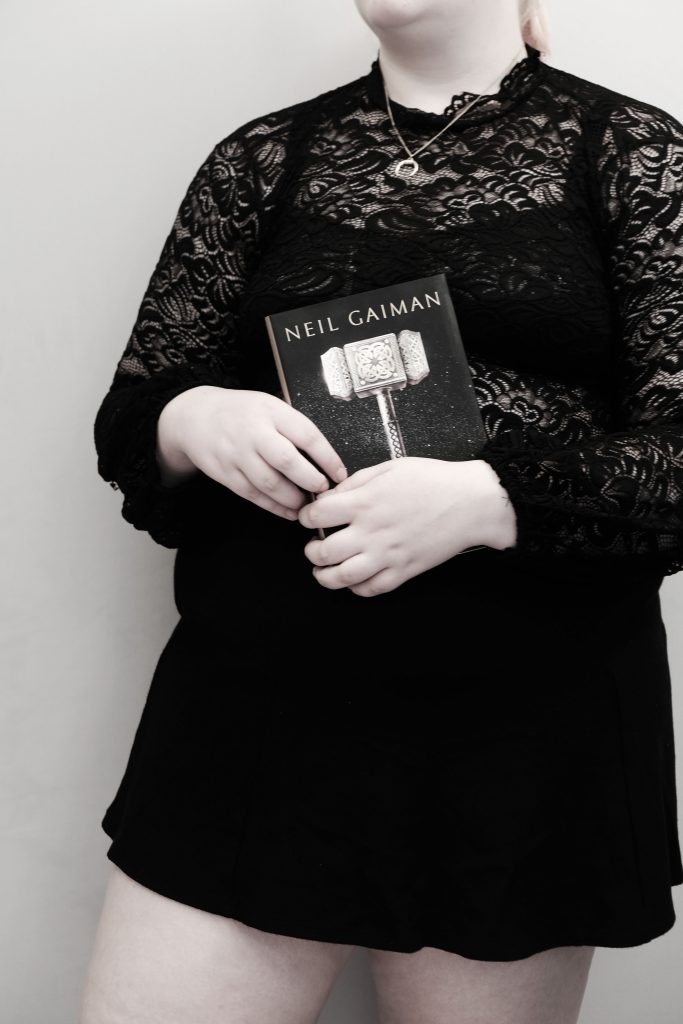 This lace shirt came from a charity shop a few months ago. It is a little tattered and I had to fix the buttons and the loops on the back to fasten the shirt, but it is so vintage and makes me feel like I’m studying psychology at a university in the 1800’s, which is my dream aesthetic really!

Those are the 6 #booksasoutfits that I have made so far! I had some other books that I wanted to try and make outfits for, but some of the clothes I wanted to use were in the wash at the time and some of them require more colourful clothing, which I do not own, so I’ll need to do some more planning and beg some clothes off my sister if I want to do this challenge again. Would you like to see me do it again?

I would love to do this challenge again because it was a lot of fun! I had such a good time rifling through my draws and putting together outfits to fit a theme like I used to do in my fashion designer days! Also I would just like to point out that I am so pale, my legs blend into the white background in some of the photos, which I thought was quite amusing. The black background didn’t work though because all my clothes are black. Anyone else so pale they blend into the wall behind them or do I just need to get out more!?

Moving on… I hope you enjoyed this fun photography challenge! Let me know if you want me to do it again and send me your results if you decided to do the challenge on Instagram @theoriginalbookdragon 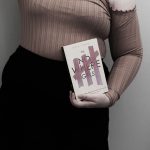