Book Recs Based of Your Hogwarts House: Gryffindor Edition 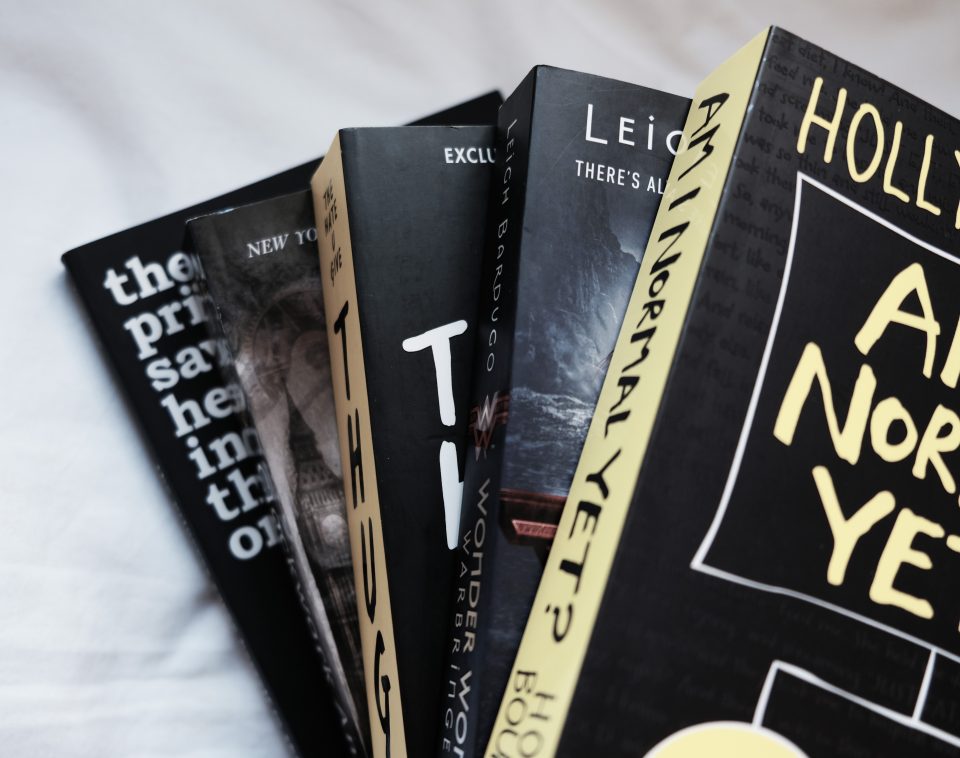 It’s been a while since I did my first Harry Potter themed recommendations, but I’m finally back with another one! I did Slytherin last time, since I’m a Slytherin and I’m full of a lot of house pride, but I’m going to be making my way through the other 3 house now, starting with Gryffindor. If my memory serves well, I did a little more than just recommend books in this post because I wanted to include some fun Harry Potter things as well. I of course, gave you my 5 recommendations based on your Hogwarts House’s specific traits, but I also give what I like to call an ‘honourable mention’ to one of the Harry Potter books, which i think exhibits a lot of that houses particular traits.

We’ll get to that later though, so keep reading if you want to know which book I chose for Gryffindor, but for now let’s talk about which books I’d recommend to a Gryffindor:

The first book on my Gryffindor recommendations list is ‘Clockwork Angel’ by Cassandra Clare. I chose to start with this one because the link to Gryffindor is a little more complicated than in the other ones. I struggled with some houses more than others and found it really difficult to find a 5th book for Gryffindor, but I eventually settled on Clockwork Angel. I’m sure most of you are at least somewhat familiar with Cassandra Clare’s shadowhunter world and those of you who are will know that there is always an underlying theme of ‘doing what is right’ rather than what the people in charge tell you what to do, which is 100% something we see the trio doing in Harry Potter. The series is also set in the 1800’s, which was obviously a very different time when ‘Chivalry’ wasn’t yet dead and I find the historical accuracy in the characters behaviour and beliefs to be quite endearing.

The chivalry aspect was definitely the most prominent reason I chose Clockwork Angel, but I also chose it because I was just very drawn to it from a personal point of view. I first read the Shadowhunter Chronicles during a very difficult time in my life and they helped me through it, so I associate them with fighting through those times, so I’ve always associated them with the courage it took for me to make it through.

The Princess Saves Herself In This One by Amanda Lovelace 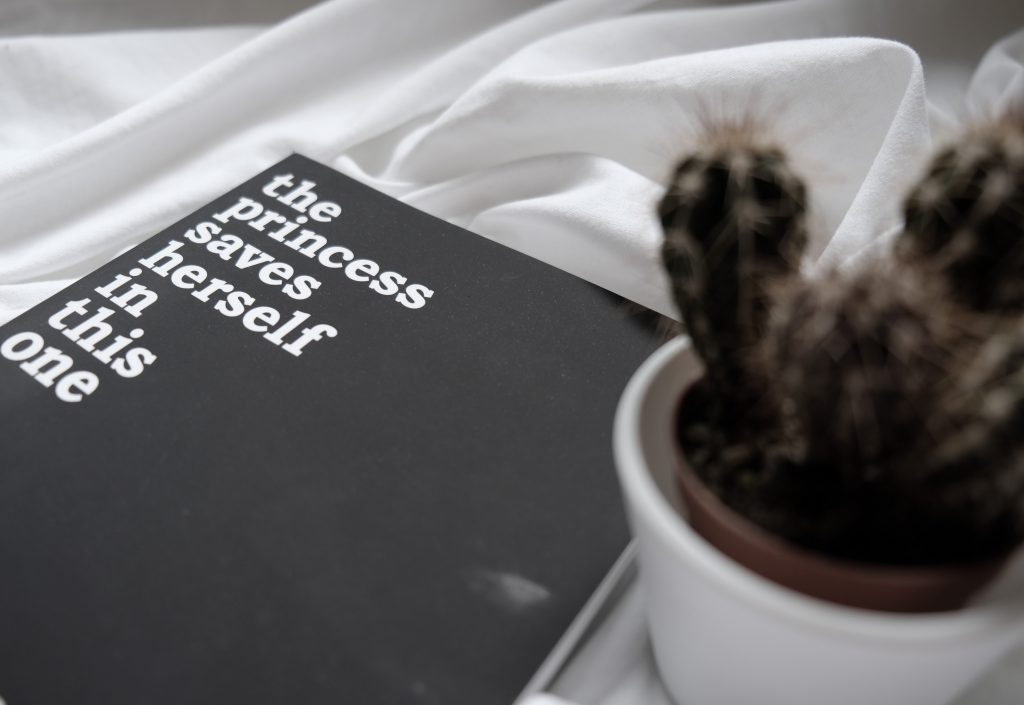 ‘The Princess Saves Herself In This One’ was my first pick and I knew I was going to include it immediately because to me, Amanda Lovelace’s poetry really represents a lot of the struggles women face in today’s world and how we can move past them. Her poems are about reclaiming your title as a woman and our history and that speaks nothing but bravery and courage to me, so even though I know a lot of people don’t like the new modern poetry movement, I do because I think it is more relatable and speaks to me more.

The Hate You Give by Angie Thomas

The link in ‘The Hate You Give’ to Gryffindor was obvious to me because the whole book is about speaking out and standing up for your rights and those you love in the face of injustice, despite your fear. I’m a white woman, so I’ve never faced the issues that the characters in this book had to face, but I cried so many times while reading it at the mere thought that this is something people still have to fight. I can’t imagine ever hating someone for their race, religion, sexuality or anything similar, but I have such immense respect for the people that stand up on the front line and fight it to this very day and I think ‘The Hate You Give’ perfectly embodies that.

The Wonder Woman by Leigh Bardugo is obviously a different story than the one most commonly known from the film, but the character of Wonder Woman is the still the same powerful, no-nonsense, brave person as ever and it is that character that really screams Gryffindor to me. Wonder Woman strives to only ever do the right thing for the good of everyone and is constantly having to prove people wrong as they underestimate her abilities as a woman. Her whole character seems to breathe bravery to me!

Am I Normal Yet? by Holly Bourne

‘Am I Normal Yet?’ is along slightly different lines than the last 3 books, which have very much been front line, fighting for what you believe in kind of books, but I wanted to express a different kind of bravery as well. The Normal series focuses a lot on mental health and ‘Am I Normal Yet?’ focuses heavily on it and how much of burden and fight it can be, especially because no one else can see it. Fighting a mental illness is one of the hardest things you can do and finding it in yourself to fight and make it out the other side it worthy of just as much recognition as every other kind of bravery we’ve talked about.

“By Gryffindor, the bravest were prized far beyond the rest.”

So now onto my honorary Harry Potter mention! For Gryffindor I chose Chamber of Secrets because we see Harry really questioning whether or not the sorting hat placed him in the right house as we see him put more of the puzzle together and realise he shares a lot of Voldemort’s prized traits. Not to mention that he learns he is a parselmouth! We also see Harry’s doubts squashed at the end of the book as he draws the sword of Gryffindor out the sorting hat. Obviously the main plot of the book is to find out who is opening the chamber of secrets, but along the way there is a lot of talk about houses, personality traits and the difference between good and evil, which eventually ends in Harry finally feeling like he belongs in Gryffindor, despite his ties to Voldemort and Slytherin.

We also meet Gilderoy Lockhart in Chamber of Secrets, who was a Ravenclaw in his school days, but his cowardice during the course of the book is almost used to contrast against Harry, Ron and Hermione, who all display extraordinary bravery, especially considering they were 12/13 at the time.

And that is all I have to say for this post! I hope you found my recommendation useful, whether you’re in Gryffindor or not and do let me know whether or not you agree with me on some of my picks! Do you think the books I chose match Gryffindor house? Do you think Chamber of Secrets best represents Gryffindor or would you have chosen another book for the honourable mention? I’d love to know your thoughts, so leave a comment down below or come and chat to me on my Instagram: @theoriginalbookdragon

What a fantastic line up of books! I’m a Ravenclaw, but I love these so much. It’s so nice to see someone else talk about the Spinster Club trilogy (Holly Bourne) is QUEEN.

I know I LOVE Holly Bourne! She’s such a good writer and she writes about subjects I haven’t seen anyone else really touch on (or at least not in the same way)

Book Recs Based of Your Hogwarts House: Gryffindor Edition