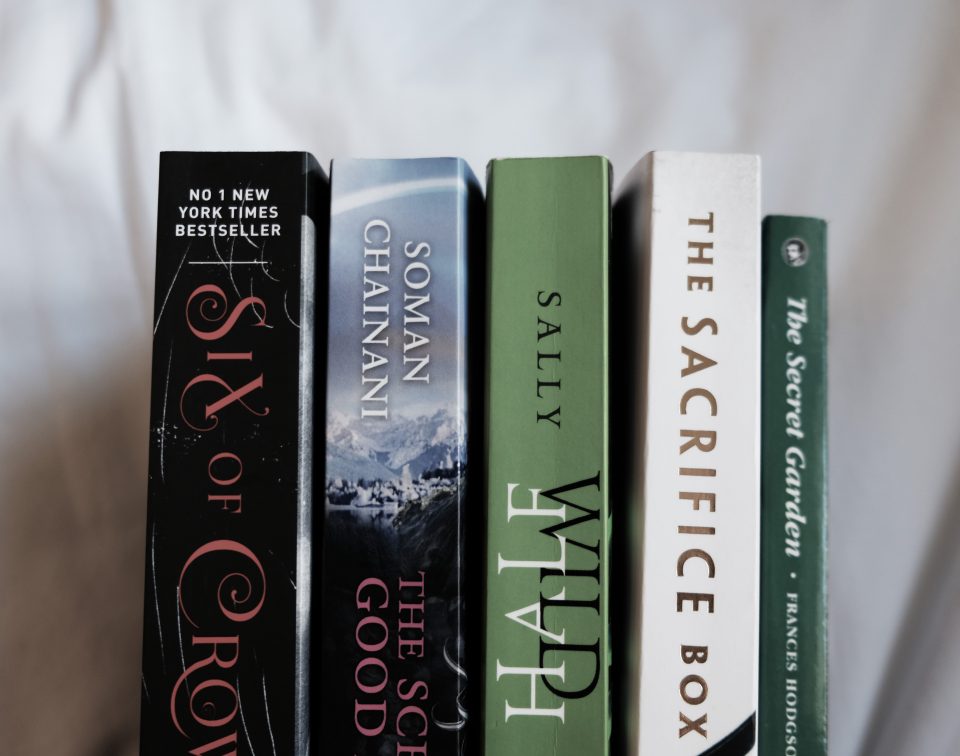 Today I am going to be doing something a little different and actually recommend some books to you! I don’t think I’ve ever done a specific recommendations post before, so I’m here today to rectify that situation. I am also doing a bit of a twist on the usual recommendations post because I am going to be recommending books based on your Hogwarts house and, more specifically, Slytherin for this time around.

I got this idea from Hannah from @AClockworkReader on YouTube, who did this concept as videos some time ago now. I thought it was a really good idea and wanted to have ago at it myself, but with a little something extra. The basic premise of this post is that I am going to be recommending 5 books to you based off of the Slytherin house and values, but I wanted to add something more, so I am also going to be doing a Harry Potter Honorary mention in each post for each house. This will be a book and a character from the series that I think most represents that particular house and I’ll also be talking about it a bit too!

Essentially I am just going to be recommending some new books to you whilst also giving myself and excuse to talk about Harry Potter, which sounds like a pretty good time to me! So let’s get going:

Let’s start with the Book Recommendations….

Six of Crows by Leigh Bardugo 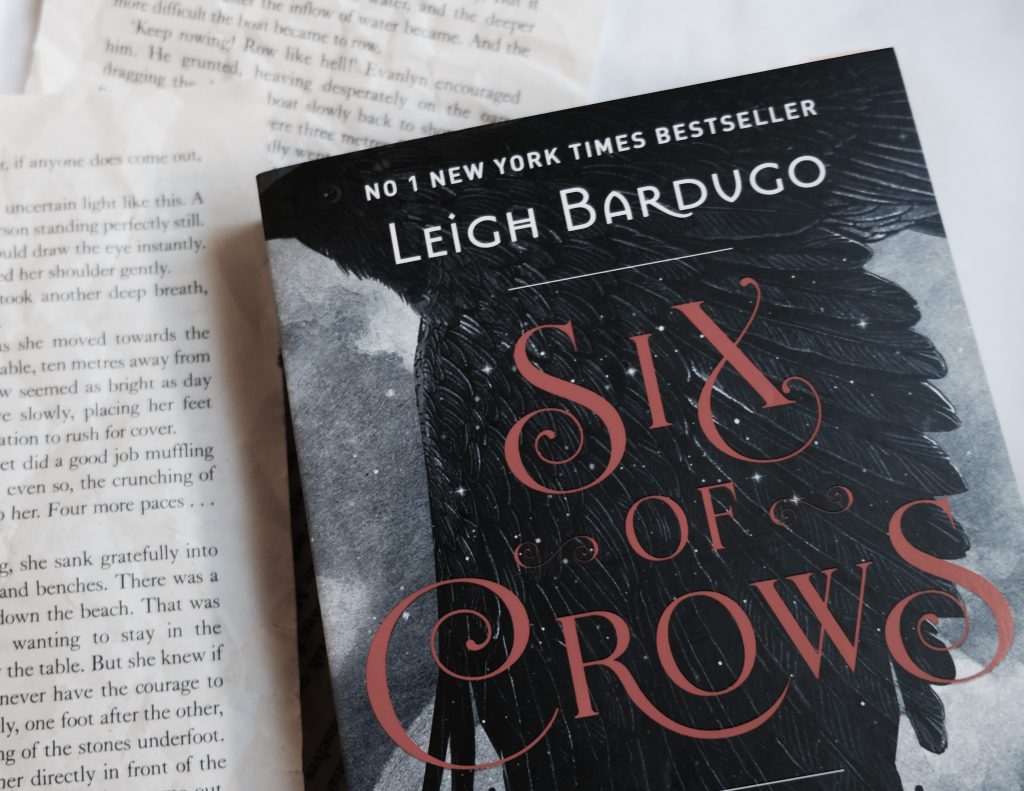 You know I really haven’t talked about Leigh Bardugo that much in the last few months, which is shocking, since I haven’t shut up about her since about this time last year, but it is time to talk about her again! I LOVE Six of Crows like so many others and I think it is the perfect ‘Slytherin esc’ book because the whole book revolves around this huge, impossible heist that they somehow manage to pull off using Kaz’s resourcefulness, cunning and leadership and the other’s skills. If that isn’t Slytherin enough for you then I don’t know what would be!

School for Good and Evil by Soman Chainani

You may not have heard of this one, but ‘The School for Good and Evil’ series is a long time favourite of mine all the way from primary school. It was originally a trilogy, but I think the author always intended to carry the series on because there was quite the cliff hanger at the end of book 3. There are now 2 more books out, which I have yet to read and another one on the way, so I can’t speak for those, but I can speak for the original trilogy. I won’t spoil anything, but one of the main characters is incredibly ambitious and will truly do anything to get what she wants, which, ironically, is exactly why she didn’t get what she wanted in the first place! Her character specifically is incredibly Slytherin and there is just generally a lot of people doing everything possible to get what they want.

Half Bad by Sally Green

I think a lot of people have heard of Sally Green, but most people haven’t read her ‘Half Bad’ trilogy, which was actually the first of her books I ever read. I think the trilogy is really unique and I really like her writing style. The basic premise is that there are ‘white’ and ‘black’ witches and the ‘black’ witches are considered evil, which, to be fair, a lot of them kind of are. Of course there is a whole lot of other lore that goes into the world that is actually surprisingly complex, but I think it suits Slytherin perfectly because of the whole ‘black’ witches are bad thing, much like the whole ‘Slytherins are all evil’ thing. 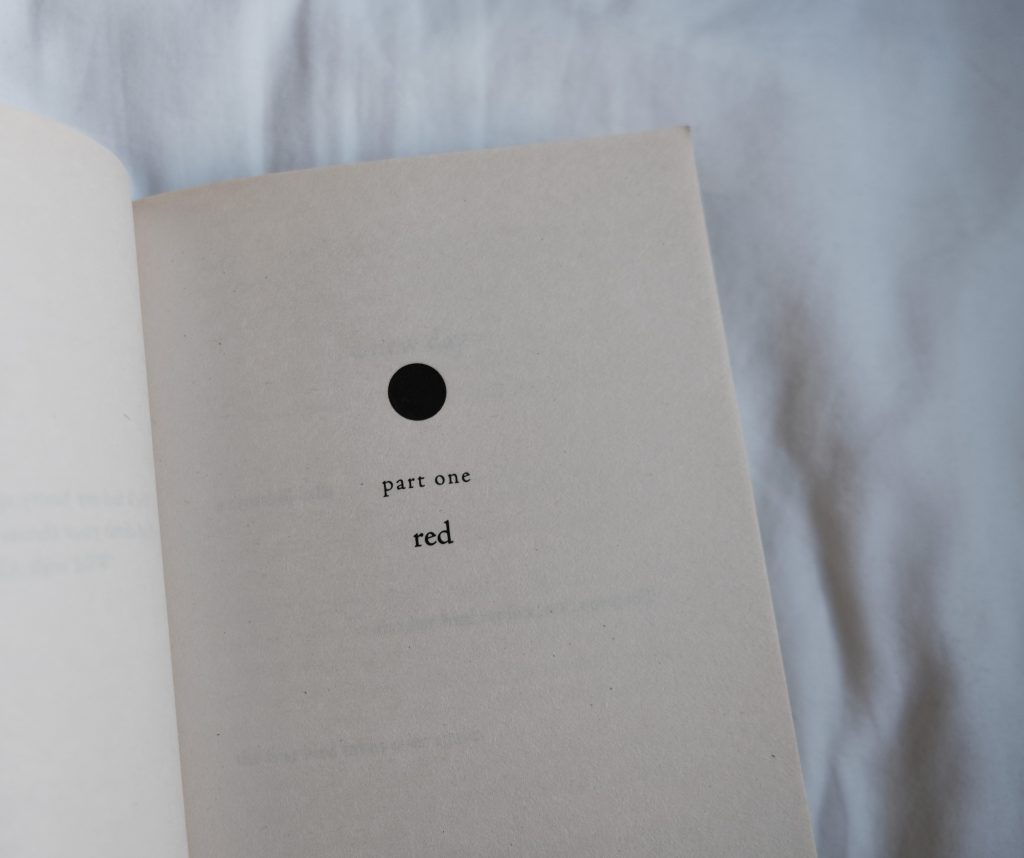 The Sacrafice Box by Martin Stewart

This is quite a recent read of mine that I thought fit the Slytherin theme quite well purely because the overall ‘vibe’ of the book. I don’t quite know how to explain it, but the book is generally a little creepy with a lot of dark secrets, which I think suits Slytherin quite well. Slytherin is supposed to have a long, prestigious history of dark wizards and achievements, which I think matches the sort of curse that has haunted unsuspecting people for generations.

It took me a long time to decide on the 5th and final book for this recommendations list, but I finally settles on ‘The Secret Garden’ for 2 reasons. The first is that the main character is very much unlikable, which I think suits Slytherins quite well as many people don’t like us at first and I know I can come across a little frosty at first (yes I am a Slytherin btw! 🐍). The other is just the general vibe of the book. I think the whole story has an old-fashioned, magical vibe to it, which I think definitely suits Slytherins as their house takes so much pride in its history.

Those are my 5 Slytherin based book recommendations for you all! I hope you liked them and thought they fitted Slytherin… Let me know if you think they did!

“We Slytherins are brave, yes, but not stupid. For instance, given the choice, we will always choose to save our own necks.”

Now it is time to talk about the Harry Potter Honorary mentions. For the Slytherin book I chose Harry Potter and the Half-Blood Prince for a good few reasons that we’ll get into in a minute and I chose Horace Slughorn for the character.

Why the Half-Blood Prince you ask? Well I think Half-Blood Prince does an excellent job of explaining more about what makes someone a Slytherin other than just ‘being evil’. Evil is not a defining characteristic of Slytherins, but I will admit that a lot of our behaviour can come across as selfish or rude, but then Slytherins are self-serving and I don’t think that’s such a bad thing. We learn an awful lot about Voldemort’s past in this book as Dumbledore explains how his mind works and why he does certain things in order to get Harry to understand. Not all Slytherins are evil like Tom Riddle was, but the base level of what Dumbledore was saying explains it very well.

On a similar note, we are introduced to Horace Slughorn in Half-Blood Prince, who I think it the perfect example of a Slytherin! In Slughorn’s case, he doesn’t have ambitions to do things himself, but simply wants a comfortable life, so he ‘collects’ clever, talented and well-connected people in order to get that. He isn’t doing anything wrong, but he is, in a way, using those people to get what he wants. A lot of people would see this as a horrible thing to do and wouldn’t agree with his behaviour, but he isn’t hurting anyone and, on the contrary, invites them to parties and generally favours them, which is not a bad thing. Yes he is doing it for his own gain, but if they are having fun in the process then there is no harm done. This behaviour is incredibly Slytherin-like and is an excellent display of how the characteristics that we have been made to hate in the characters such as Snape and Malfoy, don’t actually have to be evil or used for evil intent. Even the Malfoy’s are a good example because, their allegiance with Voldemort aside, they use their talents to sweet talk their way up the ladder to get what they want, whether that be a job or just treasure and that’s not necessarily a bad thing. Some people may view that as cheating or not getting to the top legitimately, but I and my fellow Slytherins would just call it using your resources!

And that;s it for this recommendations post! I hope you will pick up some of the books I recommended and enjoyed reading about all my thoughts on Slytherin house! What Hogwarts house are you in? What do you think of my Slytherin Recommendations and my honorary HP mentions? I’d love to know, so leave a comment down below or come and chat to me over on my Instagram: @theoriginalbookdragon 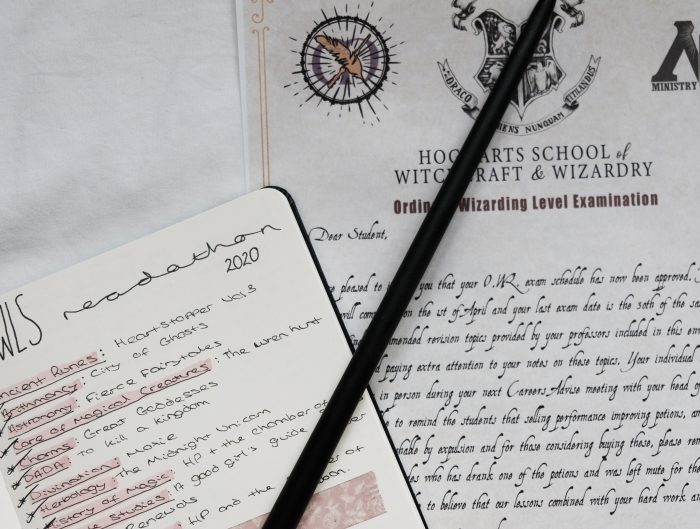 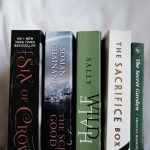