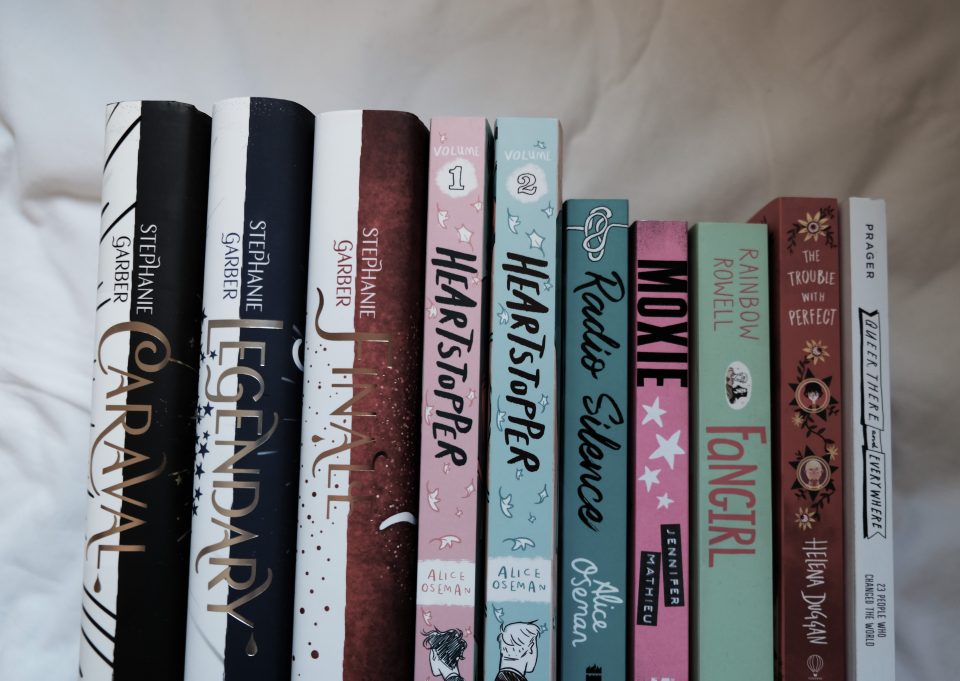 I truly can’t believe I’m saying this, but it is nearly September! I feel like the summer holidays only just began and now they are almost at an end, although the hot weather is still making itself known here in England (much to my disgust). As you probably know from the title, today I am going to be talking about my September TBR, which has taken me a good long time to put together and I’m still not sure if I’ll stick to it.

If you’ve been subscribed to my blog for a while, then you may know that I have been spending the summer re-reading Harry Potter and analysing it in detail to create my book vs movie posts. If you’re not subscribed to my blog, by the way, you can do it by just typing in your email address in the subscription box to the right! No spam I promise just  notifications when I post! Going back to Harry Potter though, I feel like I have been so immersed in the world of Hogwarts for so long now that it is next to impossible to decide what i want to read next and I truly have no idea what I’m going to be in the mood for.

This means that this TBR is definitely not set in stone and is actually more of a list of books I want to read soon; however, I don’t know if I will get to them all in September. I do have quite a diverse range of books and genres here though as I really don’t know what I’m going to be in the mood for, so let’s just get into them

I’m sure you’ve all heard of Caraval, but I have yet to read it! I bought it when it was first hyped up on Bookstagram all those years ago, but I never got around to reading it as I knew it was going to be part of a series. I like to own or at least know that all the books are out before I start a series because I peronsally HATE waiting for books to be released when I need to know what happens. I would much rather just read other books while I wait for the series to be completed and then I can dive in properly. I do actually own all 3 books in the trilogy (mostly because I found a signed copy and also wanted to make sure I got them all in hardback, so they matched), so I want to try and finally read and finish the Caraval trilogy. 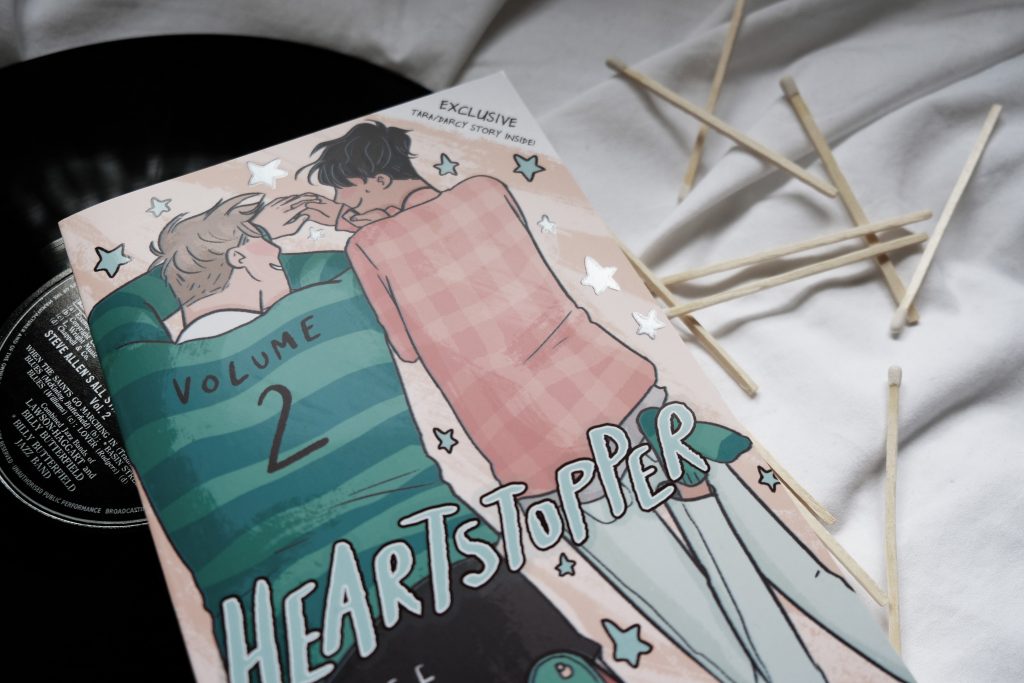 I bought the first Hearstopper graphic novel earlier this year and ADORED it, so I of course picked up the second one as soon as it came out and I’d really like to read the second instalment since I was left on such a cliffhanger. The first one only took me about half and hour to read, so I think I’ll probably just sit down one evening and read both of them one of the other since I could probably do with a memory re-fresh on the first one anyway.

The Trouble with Perfect by Helena Duncan

If you’ve been following me since last summer, then you may know that I read the first book in this series as part of a readathon, but I didn’t know there was going to be a sequel. The Perfect series is a middle-grade series and it isn’t the kind of thing I usually read, but I did really enjoy the first one and I wouldn’t mind finding out what happens next.

If I re-read Fangirl, then it will officially be the fourth time I’ve read it and I’m not even mad about it! I love Fangirl to pieces because it is such a heartwarming story and I just feel so understood when I read about Cath. I thought re-reading one of my favourite books might be a good idea in the coming month since I am starting college in a few weeks and it might be nice to have a familiar book with me as I start this scary new part of my life.

If you’ve been floating around the book community this year, then I’m sure you will have heard about Radio Silence because I know quite a few people have been talking about! All the hype caught my attention and it sounds like something I would really enjoy, so I am excited to read my first Alice Oseman novel rather than just the graphic novels. This is one that is definitly going to stay on my TBR for September because I am really excited to read it! 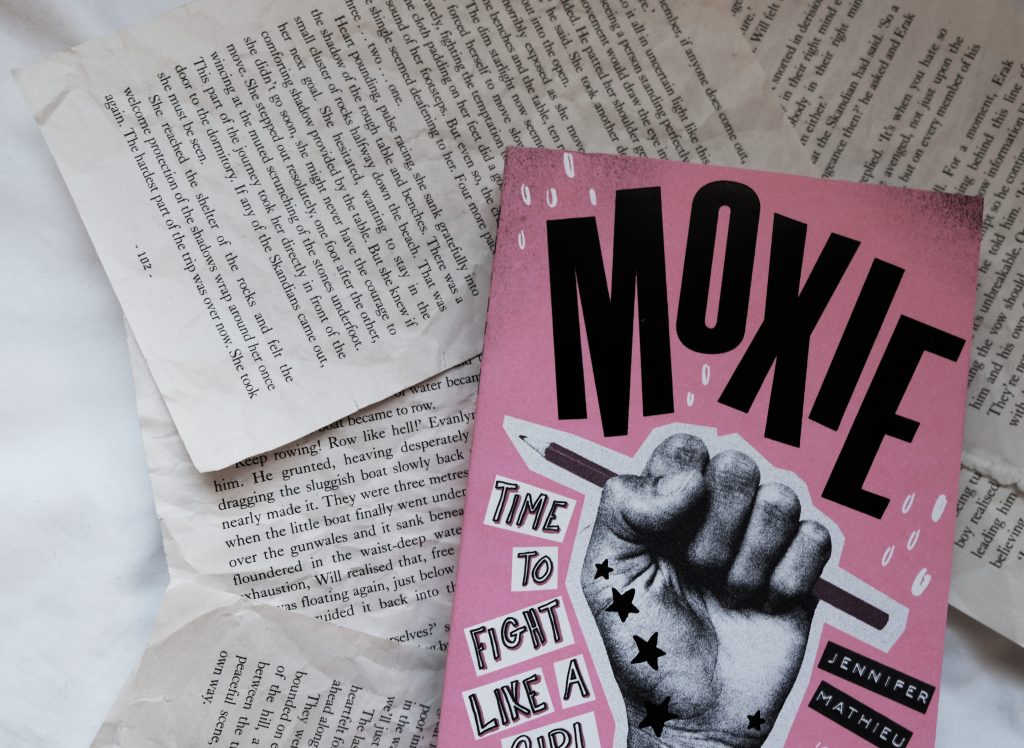 This was a book I actually asked for and got for my birthday, but I still haven’t gotten around to reading it because of all my exams and then the Harry Potter marathon. I’m definitly going to get to it this year though, even if it isn’t in September.

Queer, There and Everywhere by Sarah Prager

‘Queer, There and Everywhere’ is the only non-fiction book on this list because I didn’t want to throw myself in the deep end trying to learn new things when i’m just going back to college as well. This book is a collection of 23 Queer people who have changed the world in someway or another. I imagine it is going to be similar to ‘The Periodic Table of Feminisim’, which I read back at the begginning of 2018 and loved a lot! Hopefully this one will be good too!

And that is my rough TBR for September! As I said at the beginning, not all of these books may make it onto the final ‘official’ TBR in my bullet journal, but the ones that do will be picked from this selection. I hope you enjoyed reading about my TBR and remember to subscribe to my blog via email, so you never miss a post in the tab to the right! ➡

What are you planning on reading in September? How do you usually fit in your reading around school? I’d love to know, so leave a comment down below or come and chat to me on my instagram: @theoriginalbookdragon 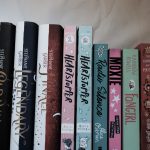